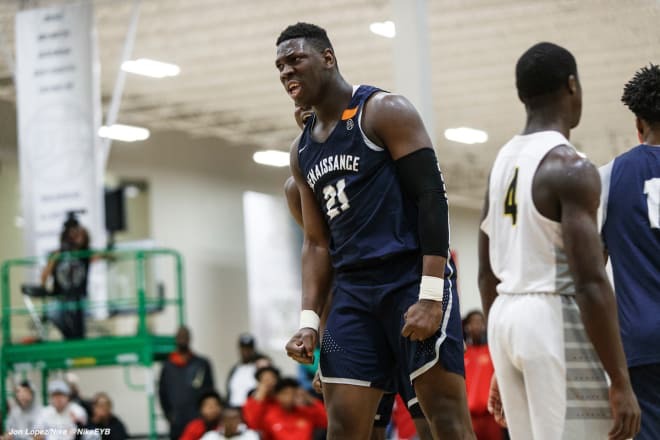 By RYAN McMULLEN Kofi Cockburn, the 6-foot-11 center from Oak Hill Academy (VA), will be taking an official visit to Connecticut next weekend. The news was first reported by Andrew Slater. Cockburn recently trimmed his list to Florida State, Illinois, Kansas, LSU, Pitt, Saint John’s, Syracuse, and UConn. Throughout the Nike EYBL Circuit, he averaged 16.3 points and 10.3 rebounds in 20 games played. According to 247Sports, Cockburn is a four-star prospect, ranked No. 31 nationally, and is the No. 9 center. Dan Hurley and his staff have a great start to their 2019 class in four-star James Bouknight and three-star Jalen Gaffney.   Follow Ryan on Twitter Follow Adam Zagoria on Twitter And Like ZAGS on Facebook

In wake of Rice Commission recommendations, National Federation jumping into the recruiting world - 'It could be a crapshoot'