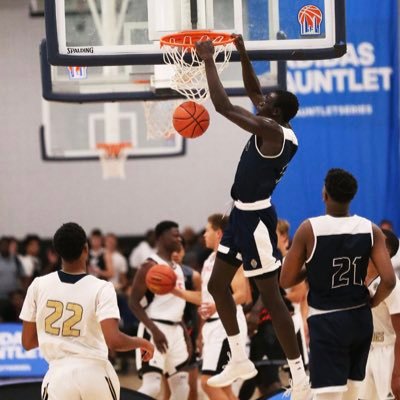 By ADAM ZAGORIA Akok Akok, the 6-foot-9 power forward from Putnam Science Academy (CT), visited Georgetown this weekend on his second official visit. “Great weekend,” he said. “Great coaches, great school.” Akok believes he could learn from Georgetown coach Patrick Ewing, the legendary NBA big man. “At the practice I went to he was really into it with his players and he has a strong coaching staff behind him that’ll be on me from Day 1,” he said. Akok already visited Providence (Sept. 28) and will still trip to UConn (Oct. 13), Syracuse (Oct. 20) and Pittsburgh (Oct. 23). UConn next week hosts both Akok and fellow 2019 big man Qudus Wahab, after hosting Woodstock Academy (CT) big man Tre Mitchell this weekend. Said Putnam Science assistant Josh Scraba: “Akok has one of the most unique skillsets of any prospect in the country. He is an elite shot-blocker and an elite 3-point shooter. As he develops the ability to create his own shot and take guys off the dribble I see no reason he will not be considered a top 25 prospect in the Class of 2019.” Follow Adam Zagoria on Twitter And Like ZAGS on Facebook