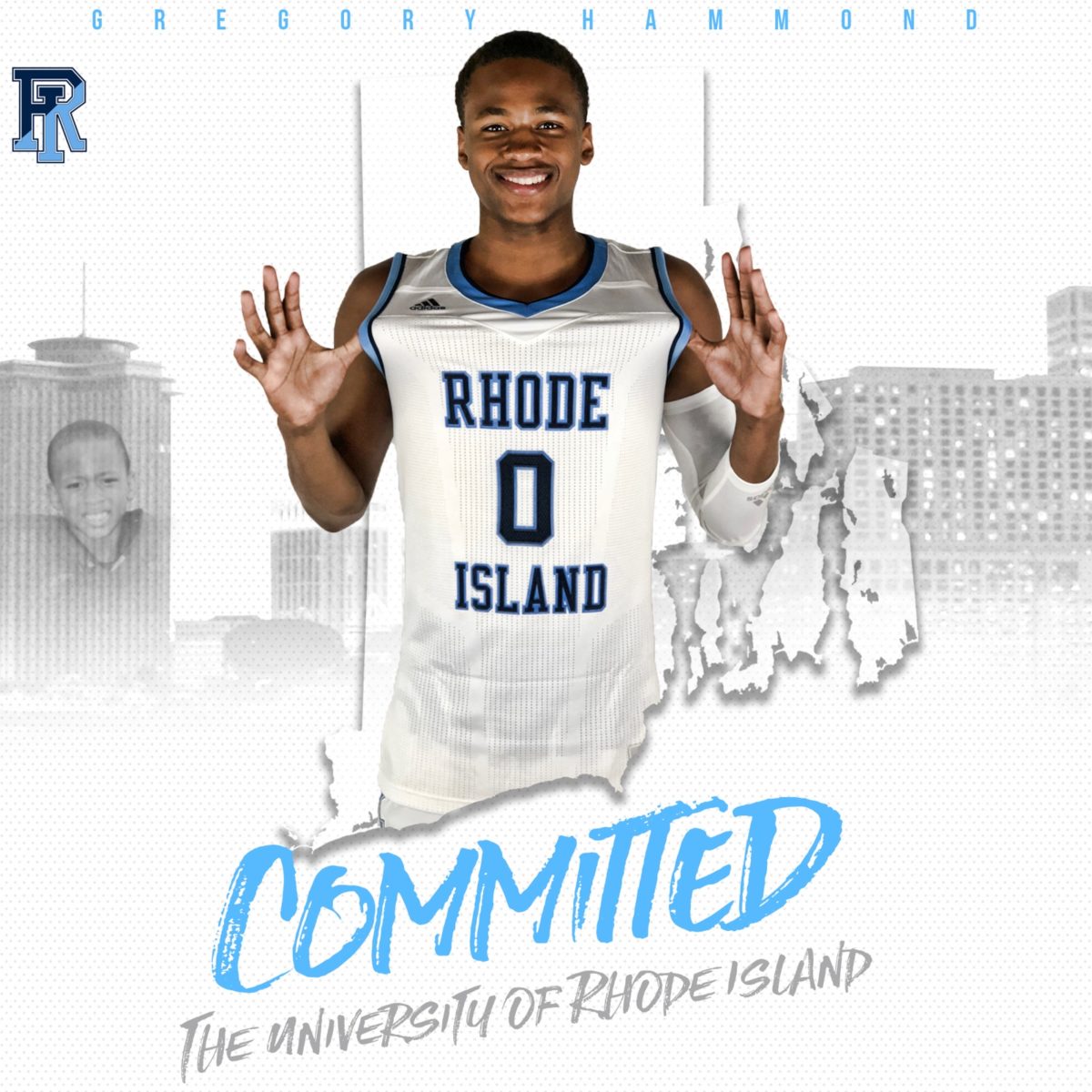 By ADAM ZAGORIA Gregory Hammond, the 6-foot-6, 195-pound combo guard from New Orleans (LA) Sophie B. Wright, committed to Rhode Island on Friday during his official visit. Ranked the No. 31 shooting guard nationally by 247Sports.com, he also considered New Orleans, Mississippi State, Ole Miss and Tulane. “I’m excited to be a part of Coach [David] Cox’s new era,” Hammond said. “Coach [Ty] Boswell built a great relationship with me and my family and they made Rhode Island feel like home. I felt different, I felt like that’s where I belong. They recruited me for the reasons I want a college to recruit me. I love it. It feels like a dream over there.” Hammond is Rhody’s third commit in the Class of 2019, following wings Mekhi Long and Marial Mading, who committed on Tuesday. “I will bring my scoring ability and versatility being able to handle the ball, make the right pass, and being a lockdown defender,” Hammond said. “I can just ball, whatever I need to do to win attitude.” Said Sophie B. Wright coach Jason Bertrand: “Rhode Island is getting a great kid. He is arguably the best player in Louisiana. He has a great family. Greg will get better every year. I’m proud of the player he has become. He has a high ceiling.” Follow Adam Zagoria on Twitter And like ZAGS on Facebook