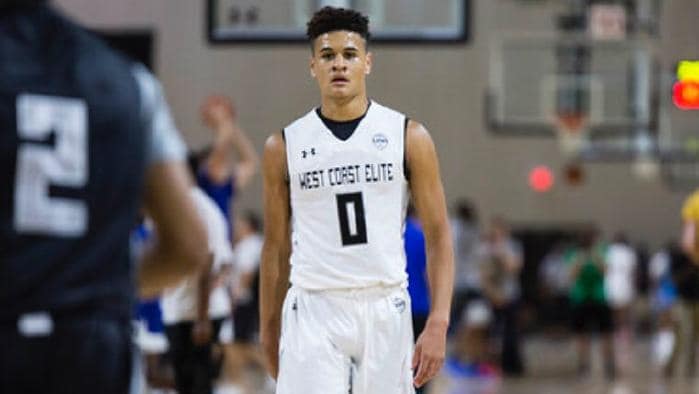 They are trying to get all 3 after Bacot committed. Josh Green will visit 9/21. pic.twitter.com/rwPvBSf5KK — Adam Zagoria (@AdamZagoria) September 13, 2018

He broke down his top schools: Arizona: “Arizona’s always prioritized me for a while now. They were one of the earliest schools which offered me and they’ve continued to stay in contact with me so I would just fit into their system really well. I would be able to play a combo guard position, one and two, so just a great system for me to play in and a great conference.” Villanova: “They’re a great overall school. They really want me to get out there for a game just to see the way they prepare for games, how good Jay Wright is and just the overall culture and just developing players over time.” Kansas: “Bill Self, he really, really likes me. He’s just talked about being able to come in and have a big role from the get-go. I’m friends with Silvio [de Sousa] as well so it’s been good to see how he’s liked it and everything like that. I personally think it’s a great program with a great tradition and they play my style of game as well.” North Carolina: “Roy Williams, he’s really nice. He was talking about how I would fit into their style of play really well, an up and down style, getting up on defense. He also said he would like me to play a combo guard position. It’s a great overall program, the success he’s had with players as well.” USC:  “They have already got a recruiting class in 2019 and aare strong contenders to be a top team in 2019.” UNLV: “They offer an opportunity for me to get back out on the court with my brother [Jay Green] again. This means a lot to me as he has helped me so much in my progression as a basketball player.”   As for his skillset, he said: “I think I can play from the one to the three and then defensively I can guard one through four,” he said. “I think that’s a big thing in the way I play. Just my transition game, getting out, being athletic. I’ve really worked on my shot so it’s really improved so that’s defintely been a big part of my game which has helpd me out. “And I feel like I’m a great playmaker. I love to get my teammates involved in the game.  I’m an athletic guard who loves to push it up. On the defensive, end, I really take pride in my defense and I really don’t like people to score on me.” Follow Adam Zagoria on Twitter And like ZAGS on Facebook