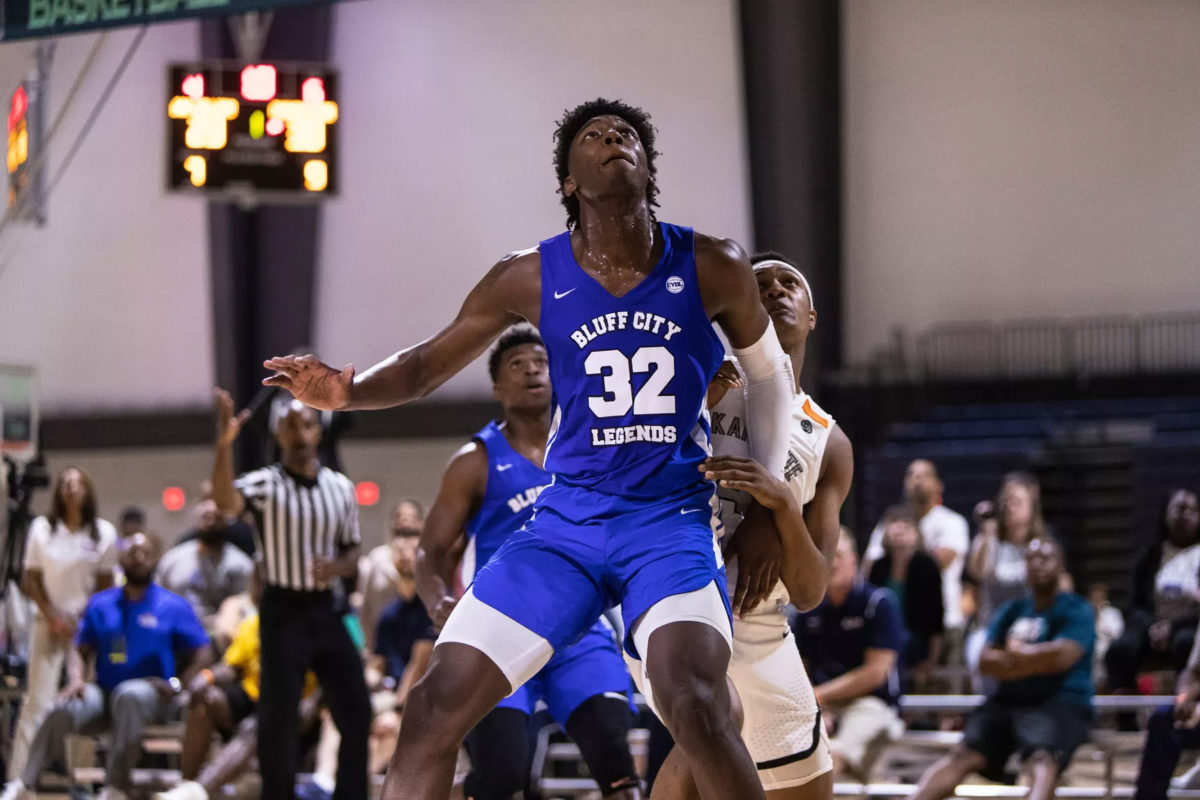 By ADAM ZAGORIA After playing with the Bluff City Legends on the Nike EYBL circuit, James Wiseman will now jump over to an Adidas-sponsored team for the rest of the summer. The 7-foot Wiseman, who is focusing on Kentucky and Memphis in his recruitment, will run with Memphis-based Hoop City Basketball Club for two upcoming Adidas events in Los Angeles and Las Vegas, as first reported by Drew Franklin of KentuckySportsRadio.com.  Wiseman and Bluff City Legends failed to advance to the quarterfinals of Peach Jam after losing to eventual champion Team Takeover in a pool play game Friday night that was attended by Memphis’ Penny Hardaway, Kentucky’s John Calipari and Duke’s Mike Krzyzewski, among many others. Wiseman attended the final and told ESPNU that “Memphis and Kentucky are most definitely my top two schools right now.”

Packed house to see James Wiseman and the Bluff City Legends against Team Takeover. Over 50+ coaches in attendance including John Calipari & Penny Hardaway here to watch the top 2019 prospect. pic.twitter.com/gtKEejPbGo

He also told 247 Sports he plans to take an unofficial visit to Kentucky sometime in August.

“The atmosphere, the environment up there, just everything,” Wiseman said of what he’ll be looking for during the trip. “Coach Calipari is a legendary coach. He puts a lot of players in the NBA.”

Wiseman was named to the FloHoops.com First-Team All-Peach Jam, along with Cole Anthony, Armando Bacot, Vernon Carey Jr. and Isaiah Stewart. On the Adidas circuit, Wiseman will team up with Chandler Lawson, Kira Lewis and Trendon Watford on the Hoop City team that will play at the Adidas Summer Championships beginning Wednesday in the Los Angeles area. That team is coached by Ernie Kuyper, the cousin of Memphis assistant Mike Miller.  Photo: Jon Lopez / Nike Follow Adam Zagoria on Twitter And like ZAGS on Facebook