Roger Federer cruises into third round at Wimbledon 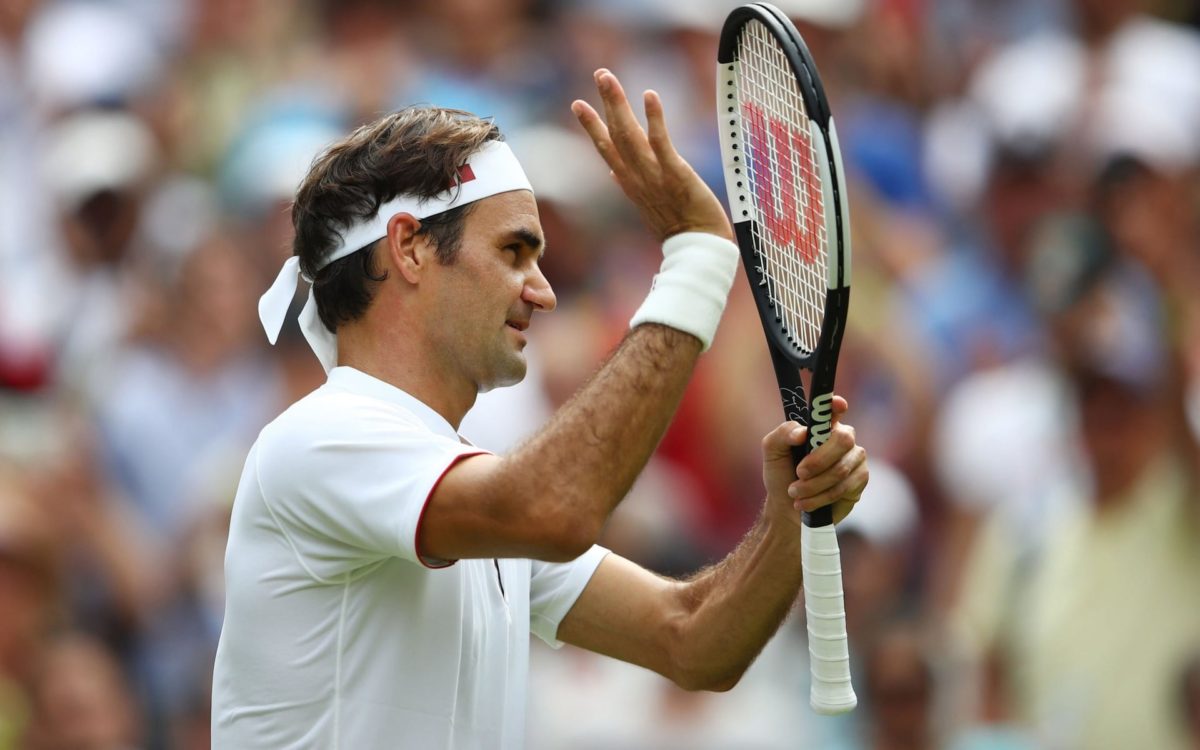 LONDON — Roger Federer won 35 straight points on his own serve en route to beating Lukas Lacko of Slovakia 6-4, 6-4, 6-1 in the second round of Wimbledon Wednesday. Federer didn’t drop a point on his serve in the entire second set and kept that streak going until he was 30-0 up at 4-1 in the third, when Lacko sent a backhand winner down the line. In total, the eight-time champion lost just nine of 61 points on his serve and broke Lacko five times, including with a forehand winner to close out the match. Federer will next face German Jan-Lennard Struff, who outlasted Ivo Karlovic,  6-7(5), 3-6, 7-6(4), 7-6(4), 13-11, in five sets. Federer is 2-0 against Struff, including a win at this year’s Australian Open. In other matches, Gael Monfils overcame Paolo Lorenzi 3-6, 6-3, 7-6 (5), 7-6 (3) to set up a third-round meeting with 2017 Wimbledon semifinalist Sam Querrey. After hitting just four winners in the opening set, the 44th-ranked Monfils improved to a total of 49 for the match and reached the third round at the All England Club for the seventh time in his career. The Frenchman has never been beyond that stage and to do so will have to defeat 11th-seeded Querrey. Querrey earlier eased past Ukrainian Sergiy Stakhovsky 7-6 (4), 6-3, 6-3 to advance to the third round for a third successive year. Last year Querrey defeated Andy Murray to reach his first Grand Slam semifinal, where he was defeated by Marin Cilic. Lucas Pouille became the latest seeded player to exit the men’s draw at Wimbledon after a 6-4, 6-2, 6-7 (8), 3-6, 6-2 defeat to Austrian qualifier Dennis Novak. The 17th-seeded Pouille saved two match points in the third-set tiebreaker before eventually forcing a fifth set, but Novak regrouped to reach the third round of a Grand Slam for the first time. The 171st-ranked Novak defeated Peter Polansky on Monday to record the first Grand Slam victory of his career. Novak will next face 2016 Wimbledon runner-up Milos Raonic, who hit 34 aces in his 7-6 (4), 7-6 (4), 7-6 (4) victory over John Millman. Raonic reached the third round for a sixth straight year, having lost to eventual champion Federer in last year’s quarterfinals. Photo: Getty Images
Follow Adam Zagoria on Twitter
And Like ZAGS on Facebook

Serena, Venus advance to third round at Wimbledon; No. 2 Wozniacki is upset