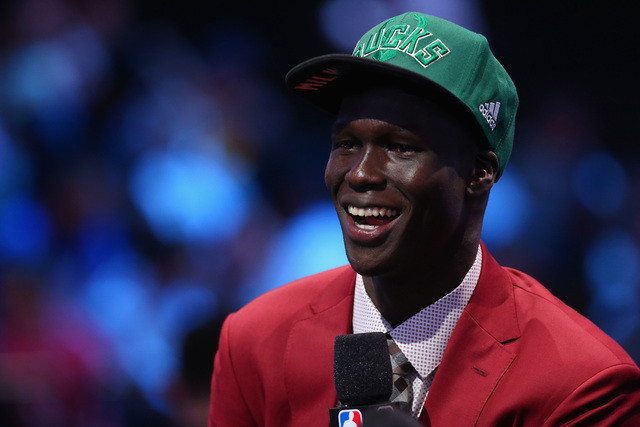 The fight spilled into the area behind the baseline and video showed a chair being thrown at the back of an Australia player either by a fan or member of the Philippines team staff. Former NBA player Andray Blatche, now playing for the Philippines, appeared to throw multiple punches, while Maker came at a Philippines player with legs flying high as it continued.

What a disgrace! Phillipines should be expelled from basketball. Safety concerns for Australian side. #basketball #fiba #boomers pic.twitter.com/QoC8ujiP4h

A total of 13 players were ejected after the melee that began in the third quarter of Australia’s 89-53 victory following a collision in the lane. The game continued with just three players from the Philippines.

The Australians later tweeted that everyone on their team was safe and well . The Bucks said they would have no comment about Maker.

FIBA says a decision will be announced in the coming days.