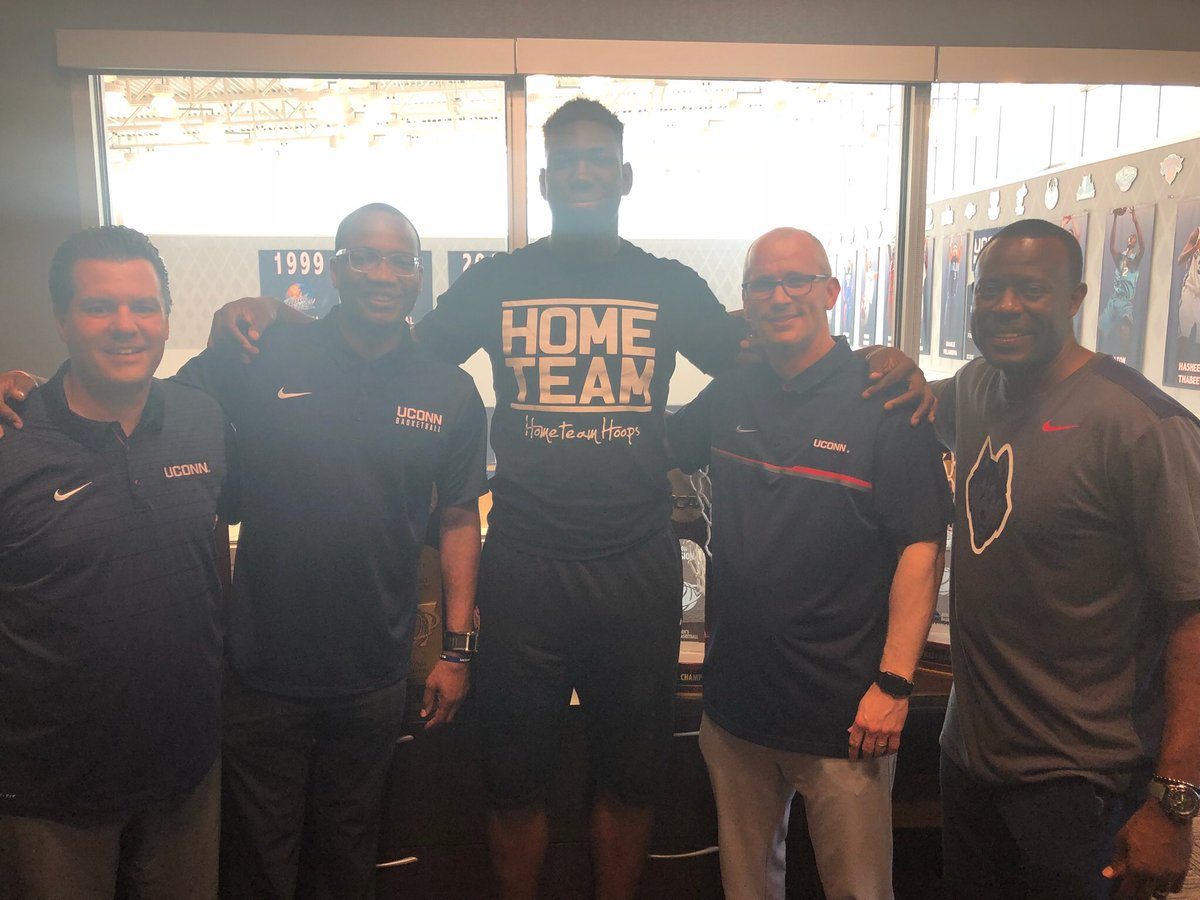 By ADAM ZAGORIA UConn coach Danny Hurley and his staff hosted two key Class of 2019 visitors this week as they attempt to rebuild the program. On Thursday, 6-foot-3 Westtown (PA) School and Team Rio point guard Jalen Gaffney visited campus, while on Friday 6-11 Christ the King (N.Y.) and NY Rens big man Kofi Cockburn was on campus. In previous days, UConn also hosted Putnam Science (CT) forward Akok Akok and St. Benedict’s Prep small forward Precious Achiuwa, both highly regarded Class of 2019 guys. “It was a very relaxed visit,” said AD Gaffney, Jalen’s dad. “They made us feel at home.” He added: “They have a great tradition in UConn basketball. They want to get back to Final Fours, Championships and producing great players. They are looking to bring in a solid 2019 class and need players like Jalen to get them there. They need players who are ready to come in a play right away.” Gaffney has taken several unofficials in recent days, including to Virginia Tech, Louisville, Xavier and Pitt. Cockburn, meantime, was coming off a St. John’s visit on Tuesday. “He’s a top priority for [UConn ] in 2019,” Rens assistant Karriem Memminger said. “It was a great visit,” he added. “All the coaches did a great job. They showed him what they do in workouts with their players. They broke down film on different sets on how he will get the ball and they educated him on UConn history and their four championships. “They told him they want championships and that he’s very important for them.”
Follow Adam Zagoria on Twitter
And Like ZAGS on Facebook