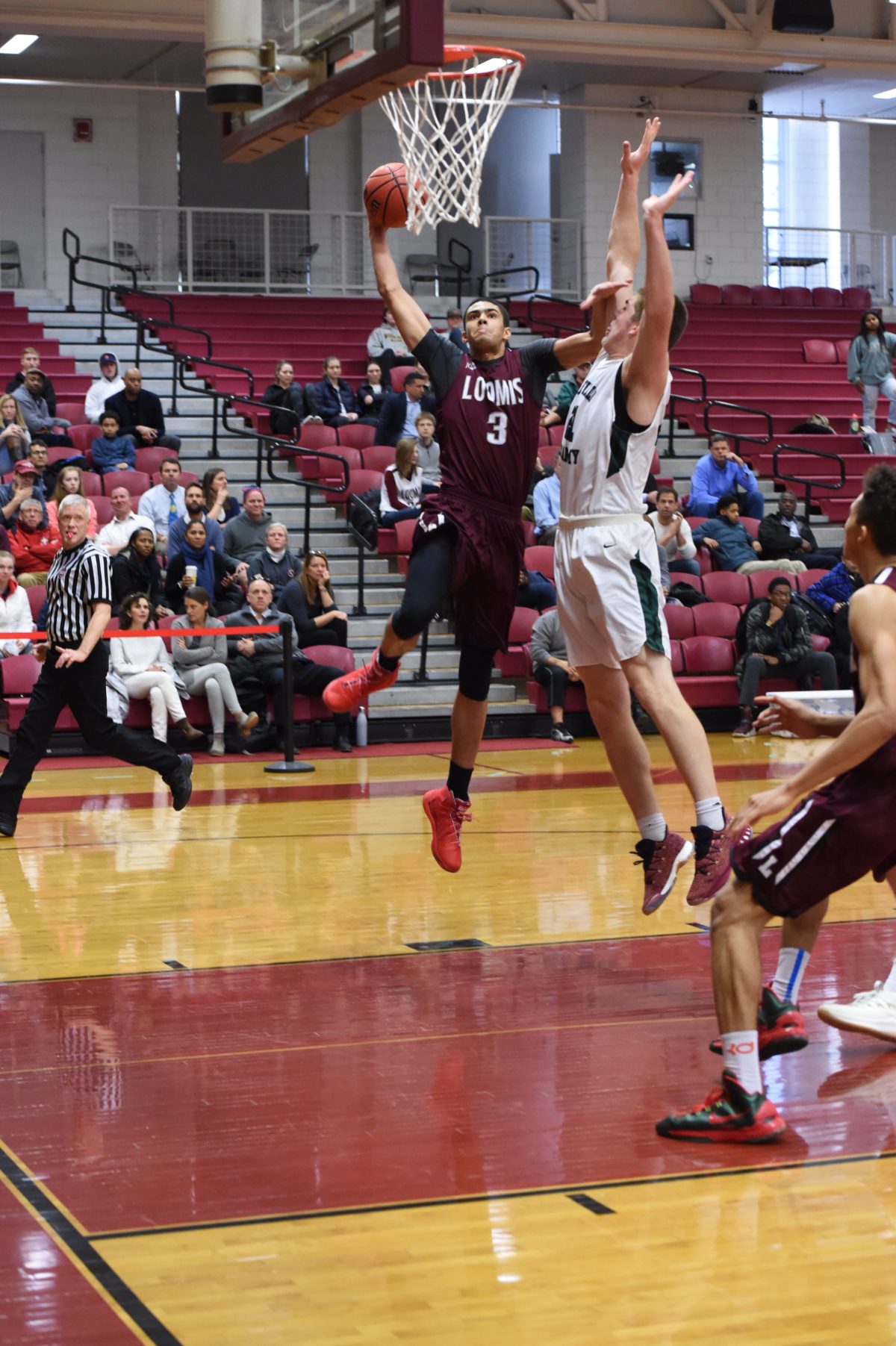 By ADAM ZAGORIA In the latest sign of his escalating recruitment, Jaiden Delaire met Monday in North Carolina with Duke head coach Mike Krzyzewski. Delaire is a 6-foot-9 power forward from Loomis Chaffee (CT) ranked No. 21 at his position in the Class of 2019 by 247Sports.com. He is currently in North Carolina with his NE6 AAU program, which runs on the Under Armour circuit. “My understanding is that they’re evaluating him this summer,” Loomis Chaffee head coach Rock Battistoni said Tuesday by phone. “[Duke assistant Jon] Scheyer has been calling for a little bit. They’re going to keep an eye on him just like most staffs do with most kids.” The meeting was first reported by Andrew Slater. Delaire is currently being recruited by several high-academic schools, including UConn, Stanford Vanderbilt and Yale. Several ACC, Big Ten schools and Pac-12 are also showing interest. “There’s a number of schools that have offered him, but he hasn’t narrowed anything down yet,” Battistoni said, adding that Delaire will see how the July recruiting period goes. “He’s trying to figure things out right now.” Wherever he winds up, that school will be getting a high IQ player who can play multiple positions. “He’s a unique player,” Battistoni said. “When you see him, you’ll be like, “He’s a Kevin Durant-type kid.” “He’s obviously put the work in to get where some of the interest is right now,” Battistoni added. “He’s all of 6-9, can really handle the ball, can play 1-4. He can play the 5 if you need him to. “If he sees an advantage, he’ll shuffle a guy down and work him out in the post. If he sees a slower guy on him on the perimeter, he’ll take him off the dribble. That just goes to show where his IQ is right now and it’s only getting better right now, which is scary.” Follow Adam Zagoria on Twitter And like ZAGS on Facebook