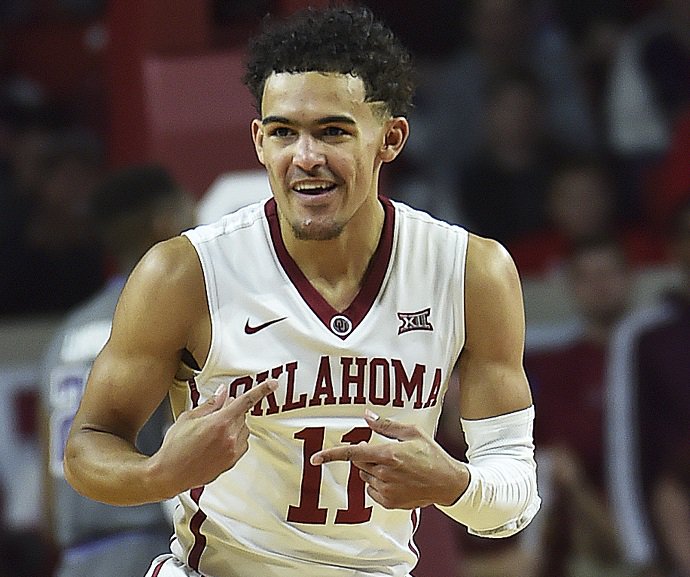 By ADAM ZAGORIA As expected, Oklahoma guard Trae Young signed an endorsement deal with Adidas that could be worth upwards of $1.8 million annually. Miami’s Lonnie Walker also signed with Adidas on Tuesday. The NBA Draft is on Thursday and both players have been invited to the Green Room. “They offered the most,” one source close to Young said.

Rayford Young, Trae’s Dad, wearing an Adidas shirt for his ESPN interview. Trae is expected to sign with Adidas. pic.twitter.com/xrIhvkXLcQ

The Oregonian previously reported that Adidas was “courting” Young at the $1.8 million annual figure. Young played on the Nike EYBL circuit with Mokan Elite during his high school career, winning the prestigious Peach Jam championship in 2016 alongside fellow projected lottery pick Michael Porter Jr. The 6-foot-2 guard has drawn comparisons to NBA star Steph Curry, and has garnered praise from both Curry and LeBron James. Young is currently projected as the No. 8 pick to Cleveland in Thursday’s NBA Draft per ESPN.com. Projected No. 1 pick Deandre Ayton signed a four-year, multimillion-dollar footwear and apparel endorsement deal with Puma, the company announced Monday. Duke’s Marvin Bagley, a projected top-5 pick, also signed with Puma.

So Adidas has announced they’ve signed Trae Young to an endorsement deal. Kind of wild to me that of the arguably three most marketable players in this draft (Trae Young, Marvin Bagley, DeAndre Ayton), none will sign with Nike