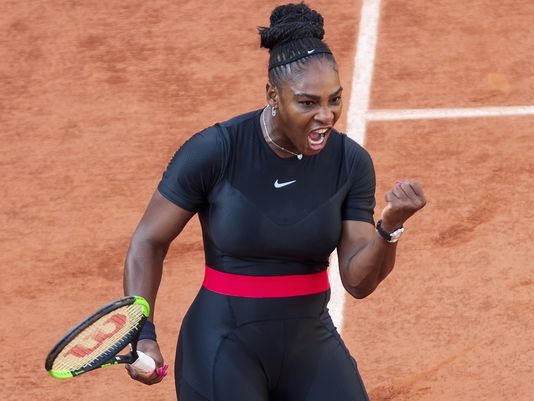 PARIS (AP) — There was no rust evident. No comeback needed. Serena Williams quite simply produced the best performance so far in her return to Grand Slam tennis and easily reached the French Open’s fourth round.

Williams dominated for stretches against 11th-seeded Julia Goerges of Germany, playing cleanly right from the start of a 6-3, 6-4 tour de force at Court Suzanne Lenglen that lasted a mere 75 minutes Saturday and lacked much in the way of theatrics.

Now, then, comes the drama. Next for Williams as she competes in a major tournament for the first time in 16 months – and since giving birth in September – will be a familiar foe, Maria Sharapova.

The 36-year-old Williams set up that showdown by making only three unforced errors in the opening set against Goerges, 12 in all. She won 12 consecutive points on her serve during one run.

This is one fourth round match you won’t want to miss.#RG18 pic.twitter.com/mTkV44g7to — Roland-Garros (@rolandgarros) June 2, 2018

They are the only active women with a career Grand Slam; they are two of only six in history to accomplish that. They are Nos. 1-2 among active women in career clay-court titles: Williams has 13, Sharapova 11. Both have been ranked No. 1.

But the head-to-head history is overwhelmingly in Williams’ favor: She has won 19 of 21 meetings, including 18 in a row.

Sealed with a smile.@serenawilliams wins her 75th main draw match at Roland-Garros 6-3 6-4 over Goerges.#RG18 pic.twitter.com/efQNJH7bwb