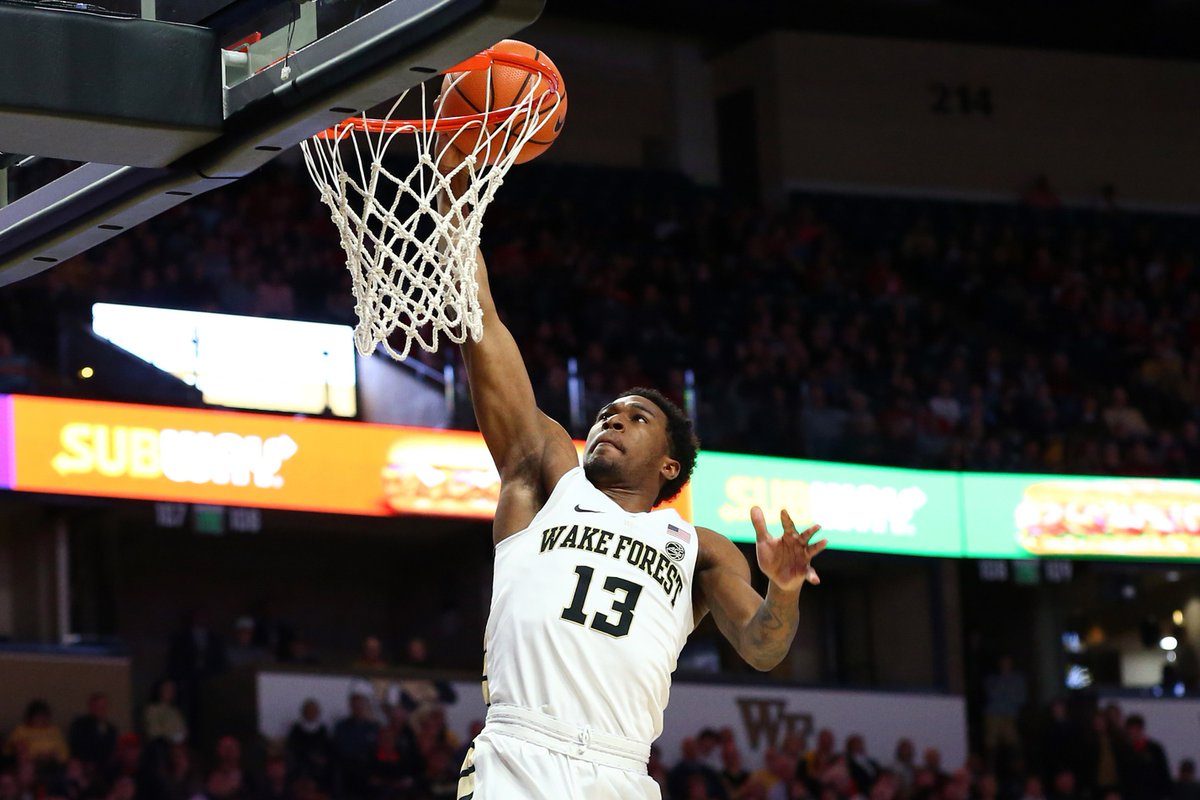 By ADAM ZAGORIA Wake Forest will lose both Bryant Crawford and Doral Moore, two of their top three leading scorers, to the NBA Draft. The 6-foot-3 Crawford, Wake’s leading scorer at 16.9 points per game and 4.9 assists per game, will remain in the NBA Draft, according to Yahoo Sports. “I would like to thank the city of Winston-Salem and the Demon Deacon fanbase for the continual support over the last three seasons,” said Crawford. “I also want to thank the coaching staff and my teammates for fostering an atmosphere that has prepared me to take this next step in my basketball career. Go Deacs!” An honorable mention All-ACC selection in 2017-18, Crawford led Wake Forest in scoring (16.9 ppg), assists (152), 3-pointers (57), free throw percentage (86.8%) and steals (48). “We wish Bryant luck as he embarks on his professional career,” said head coach Danny Manning. “He has been a leader on our team for the last three years since starting the first game of his freshman year. We will miss him next season but will are looking forward to seeing his success as a professional.” The 7-1 Moore, who averaged 11.1 points, 9.4 rebounds and 2.0 blocks, is also staying in the draft, the school announced last month. “We wish Doral the best of luck as he begins the next stage of his career,” said Manning.“We have seen his development over his three years in our program and to average a double-double in ACC games last season shows his potential. While we are disappointed to see him leave, we are proud that our program has been able to help another player achieve his dream of playing professional basketball.” Neither player is projected to be drafted, per ESPN.com.
Follow Adam Zagoria on Twitter
And Like ZAGS on Facebook