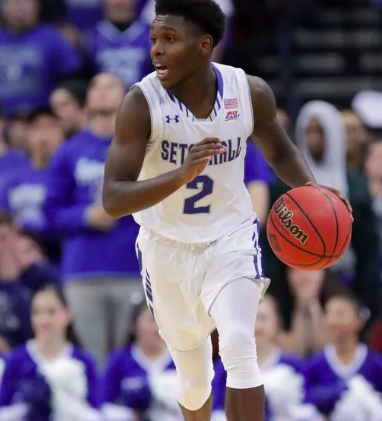 By ADAM ZAGORIA Jordan Walker made it official Monday night, announcing he will transfer to Tulane from Seton Hall. The 5-foot-10 Walker will sit one year to play three. Associate head coach Doug Stewart gets the assist on the transfer.

At Tulane, he will be be reunited with former Patrick School teammates Bul Ajang and Buay Koka, with whom Walker won the 2017 New Jersey Tournament of Champions title. That team also featured Kentucky freshman Nick Richards. Walker is the second player from that Patrick School team to transfer, along with former Minnesota guard Jamir Harris who chose American. “He just needs to be where people believe in him,” Kevin Walker, Jordan’s father, said last month. In 17 games this season, Walker averaged 1.8 points per game while shooting 32 percent from the field and 31 percent from three-point range. Walker missed a month early in the year due to torn ligaments in his hand. He returned for the Rutgers game in mid-December and then quit the team for a few days because of a lack of playing time. Walker joins Eron Gordon among Seton Hall transfers.   Photo: Asbury Park Press
Follow Sean on Twitter
Follow Adam Zagoria on Twitter
And Like ZAGS on Facebook