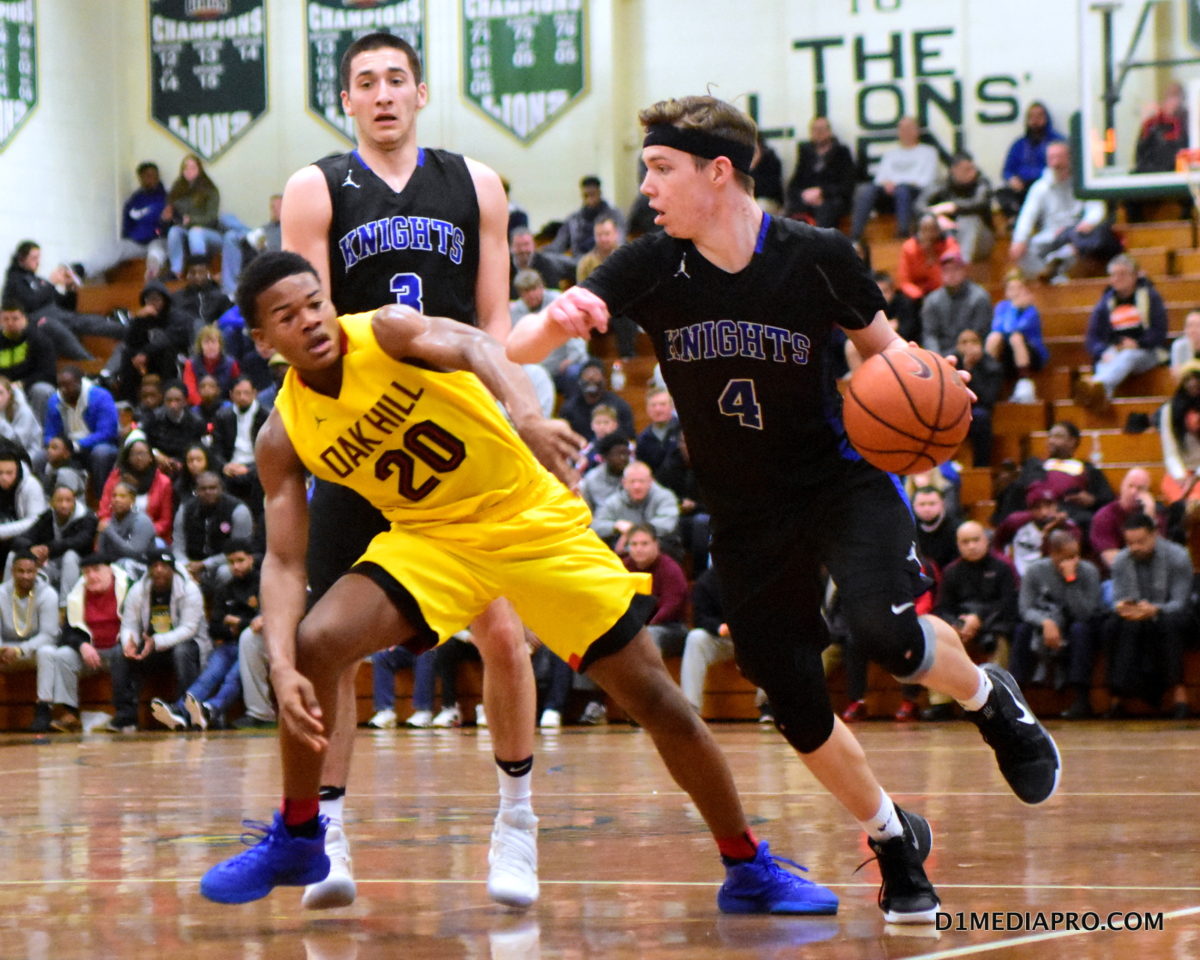 By ADAM ZAGORIA Rutgers has landed a home-grown star in the Class of 2019. Paul Mulcahy, the 6-foot-6, 190-pound point guard from Gill St. Bernard’s (N.J.), committed to the Scarlet Knights on Wednesday evening, choosing Rutgers over Xavier and Northwestern. “I’m going to Rutgers,” Mulcahy said by phone. “I’m real happy about it.” Rutgers head coach Steve Pikiell has made Mulcahy a top priority since taking over at the state University. “They recruited me the longest and the most consistent,” Mulcahy said. “I just feel it came down to the people I most want to be around and where I feel most comfortable.”

He is ranked the No. 42 small forward in the Class of 2019 per 247Sports.com, but said Rutgers plans to play him at the point. “They’re bringing me in as the point guard,” he said. “Last year they had Corey [Sanders] and Geo [Baker] is there right now,” Mulcahy said, referring to Sanders declaring for the NBA Draft. “He’ll probably have to play a lot of point guard this year but he’s naturally a two and a scorer, so they want me to come in there and be the point guard.” Mulcahy averaged 17.8 points, 8.7 rebounds and 7.2 assists last year for a Gill team that beat six teams in the Top 20 in New Jersey and played three national-ranked teams. “The kid is a winner,” Gill coach Mergin Sina said. “He will bring a winning attitude and will push players around him to be the best they can be. He’s the ultimate team player. He’s as versatile “ as they come. He does a little bit of everything. He will play the point guard position and at 6-6 will be a handful.”

The Road Less Traveled – I’m honored to announce the next step in my journey.

Mulcahy played one session in April with New Heights on the Under Armour circuit, but may rest for the remainder of the spring season due to a sprained left ankle suffered during the high school season. “Right now I have a messed up ankle so I’m trying to take care of my body,” he said. “I might not play AAU and just workout and work on my game and do some other stuff. I still haven’t figured that out yet.” Mulcahy is Rutgers’ first commit in the Class of 2019, but he hopes to have other strong players join him. Ranney stars Bryan Antoine and Scottie Lewis are out of the mix for Rutgers, but Mulcahy believes the Knights will draw other talented players. “Yeah, I’m definitely going to recruit people that I want to play with,” he said. “I’m not going to recruit them for the name or because they have a high ranking, that’s kind of what I’m against. But I know a couple  kids that they’re recruiting and I already have a good relationship with a couple of them. And I think a lot of kids do like playing with me, so I’m definitely going to try to recruit some kids.” Ultimately, the goal is to get Rutgers back to the NCAA Tournament for the first time since 1991. “Absolutely,” he said. “That’s one of the big ones.” Photo: Mustafa Hooten/D1MediaPro.com Follow Adam Zagoria on Twitter And Like ZAGS on Facebook