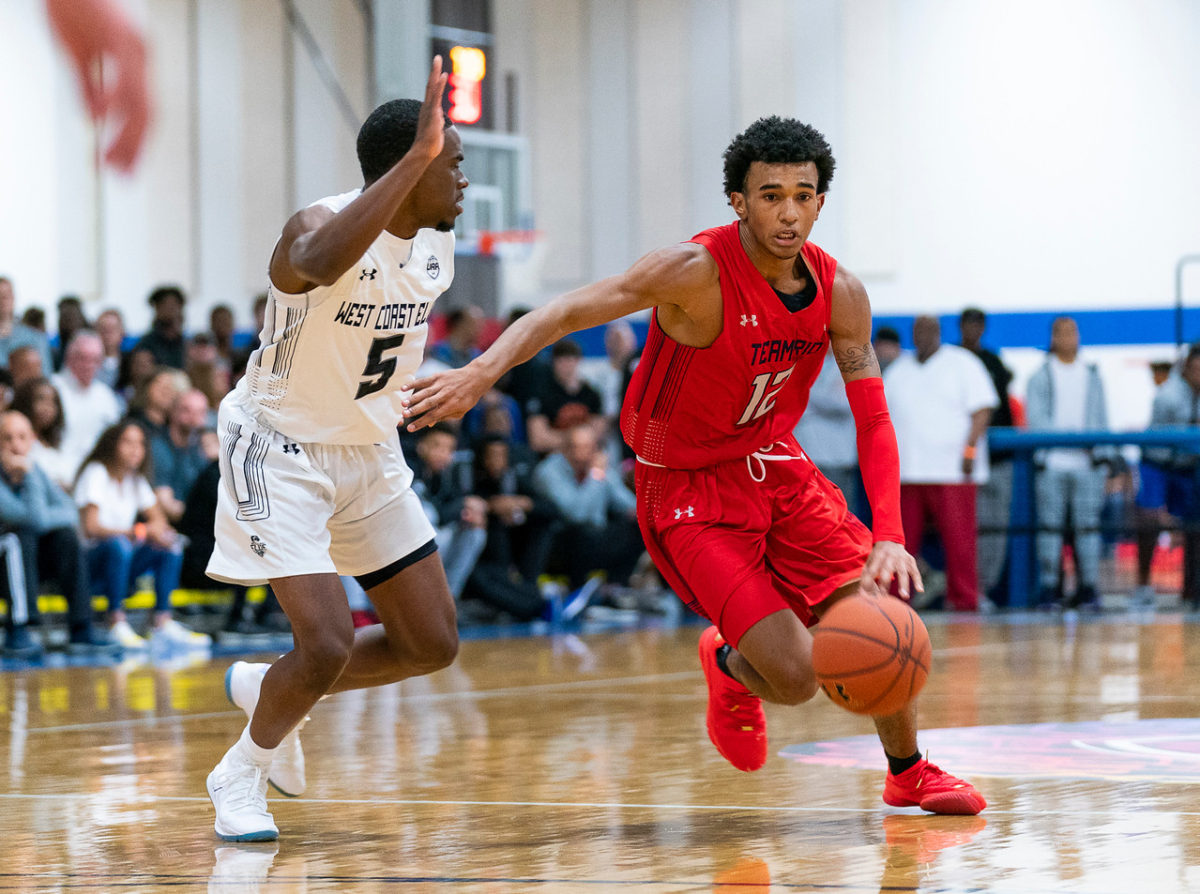 By ADAM ZAGORIA INDIANAPOLIS — Jalen Gaffney’s stock was already rising before this weekend’s Under Armour Association stop here. But when Gaffney hit a half court buzzer-beating three-pointer to cap Team Rio’s victory over Nico Mannion and Team Breakdown on Friday night, it only helped add to his growing reputation. “Yeah, Jalen hit a half court,” Mannion said of Team Rio’s 80-77 win over West Coast Elite.

The @UAassociation event in Indy opened with a BANG! Jalen Gaffney of @teamrionational hits a half court game winner to propel them to an unbelivable win in Overtime pic.twitter.com/A1uTGtTavN

Since that weekend, Gaffney has added offers from UConn, Virginia Tech, Georgetown and Marquette. Pittsburgh and Xavier had offered before Indianapolis. The 6-foot-3, 185-pound point guard out of the Westtown (PA) School recently had a home visit with St. John’s head coach Chris Mullin and assistant Matt Abdelmassih, who are also recruiting Gaffney’s Rio teammate Scottie Lewis. Their message? “That St. John’s would be the perfect school for me, the ball would be in my hands, it’s a guard system,” he said. “It’s right near my home.” Playing alongside five-star prospects Lewis and Bryan Antoine, who counts Duke and Villanova among his top suitors, Gaffney will have an opportunity to showcase himself in front of high-major coaches all summer long. Team Rio is 6-2 after this weekend. “I’m just here just to show that I’m one of the best players out here, how great I am,” he said. As for what he’ll bring to a college, he figures to be a top playmaker. “I’m a player that’s willing to do everything on the court, play defense, assist, score, whatever they want me to do,” he said, “I’m there.” Photo: Under Armour Follow Adam Zagoria on Twitter And Like ZAGS on Facebook