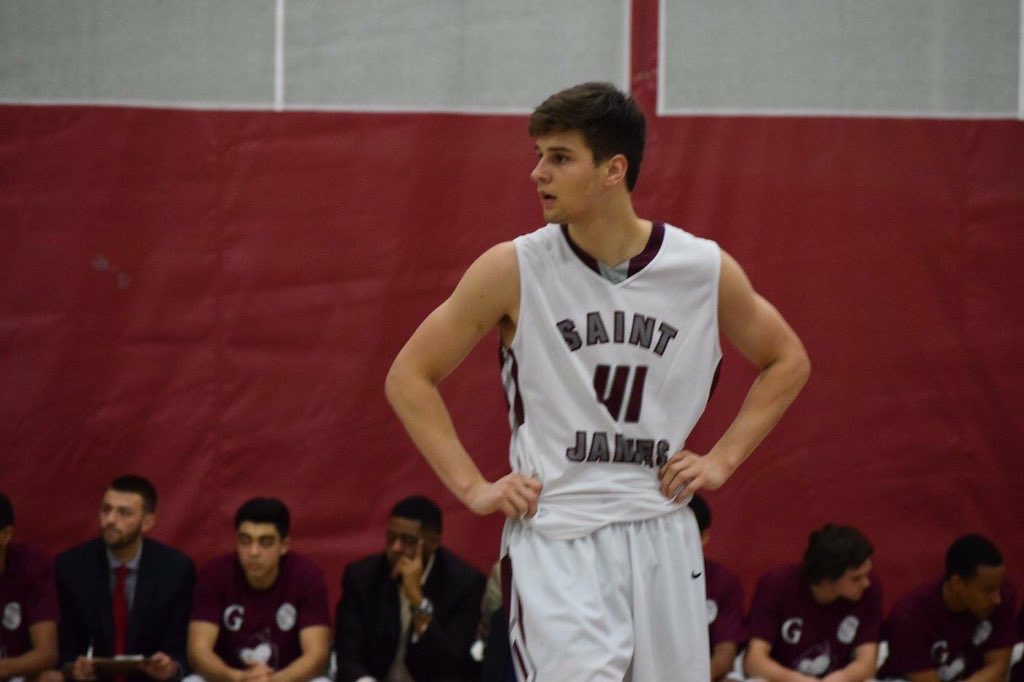 By ADAM ZAGORIA Bryce Golden, the 6-foot-9 power forward from St. James School (MD), is headed to the Big East. Golden committed to Butler on Monday after considering Syracuse and Illinois, among others.

It’s been a long process, but I’m happy to commit to Butler University! Go Dawgs!!!!!

He initially committed to Pittsburgh in September 2017 and signed his Letter of Intent during the early signing period in November. He then asked for his release following the coaching change that saw Kevin Stallings get fired and be replaced by Jeff Capel. A three-star recruit, Golden initially held offers from Clemson, Maryland, N.C. State, Penn State, Seton Hall, Texas Tech, and Xavier among others. He joins small forward Markeese Hastings in Butler’s 2018 class. Butler also adds Duke transfer Jordan Tucker. Tucker will be eligible to play at the conclusion of the first semester after transferring in for the spring semester. His first game will be once finals week concludes, which should be the Crossroads Classic game Dec. 15 against Indiana. He would then be eligible for Big East play. Photo: Pittsburgh Sports Now
Follow Adam Zagoria on Twitter
And Like ZAGS on Facebook