Recommendations made by Commission of College Basketball | Zagsblog
Follow @adamzagoria

Recommendations made by Commission of College Basketball 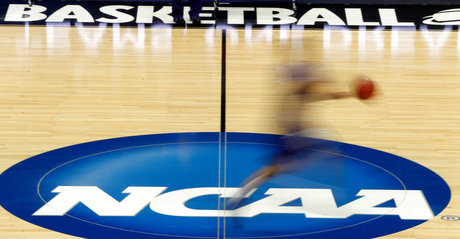 (AP) — The Commission on College Basketball recommended to the NCAA sweeping changes to college basketball in response to a fraud and bribery scandal that has shaken the core of the sport. A look at the recommendations:

— Work with the NBA to lift the league’s so-called one-and-done rule that requires players be at least 19 years old and a year removed from high school to be draft eligible. — Allow players to enter the draft out of high school or after any college season, and to return to their school if they go undrafted. — Create degree completion programs, with the NCAA paying for players to finish their degree if they complete at least two years of college. — Create a vice presidential level position in the NCAA to oversee a program for certifying agents. — Allow and encourage access to certified agents to high school and college players to help athletes and their families make more informed choices about professional opportunities. — Create independent investigative and adjudicative body to address and resolve complex and serious cases involving NCAA violations. — Impose stiffer penalties for serious rules violations to deter future rule-breakers, including: Increased competition penalties for Level I violations to allow a five-year post-season ban; increased financial penalties for Level I violations to allow loss of all revenue sharing in postseason play for the entire period of the ban; increased penalties for a show-cause order to allow lifetime bans; increased penalties for head coach restrictions to allow bans of more than one season; increased penalties for recruiting visit violations to allow full-year visit bans. — Schools that employ a coach and administrator under a show-cause order from a previous school would be at risk to receive the harshest penalties if NCAA violations occur under that coach or administrator. — Through their contracts, require coaches and athletic directors to comply with NCAA investigations. — Require coaches, athletic directors and university presidents to certify annually they have conducted due diligence and their athletic programs comply with NCAA rules. — Adopt and enforce rigorous criteria for so-called non-scholastic basketball, such as summer recruiting events and AAU leagues. Event owners, sponsors and coaches must agree to financial transparency. — Ban college coaches from non-certified non-scholastic basketball events. — Work with USA basketball and the NBA to create NCAA-run recruiting events in the summer. — Work with USA Basketball and the NBA to evaluate pre-college players. — Adopt recommended rule changes made by the National Association of Basketball Coaches that increase interaction between college coaches and recruits. — Add five public members with full voting privileges to the NCAA Board of Governors, currently comprised of 16 university presidents. ___

Woj says one-and-done could end, but not before 2020