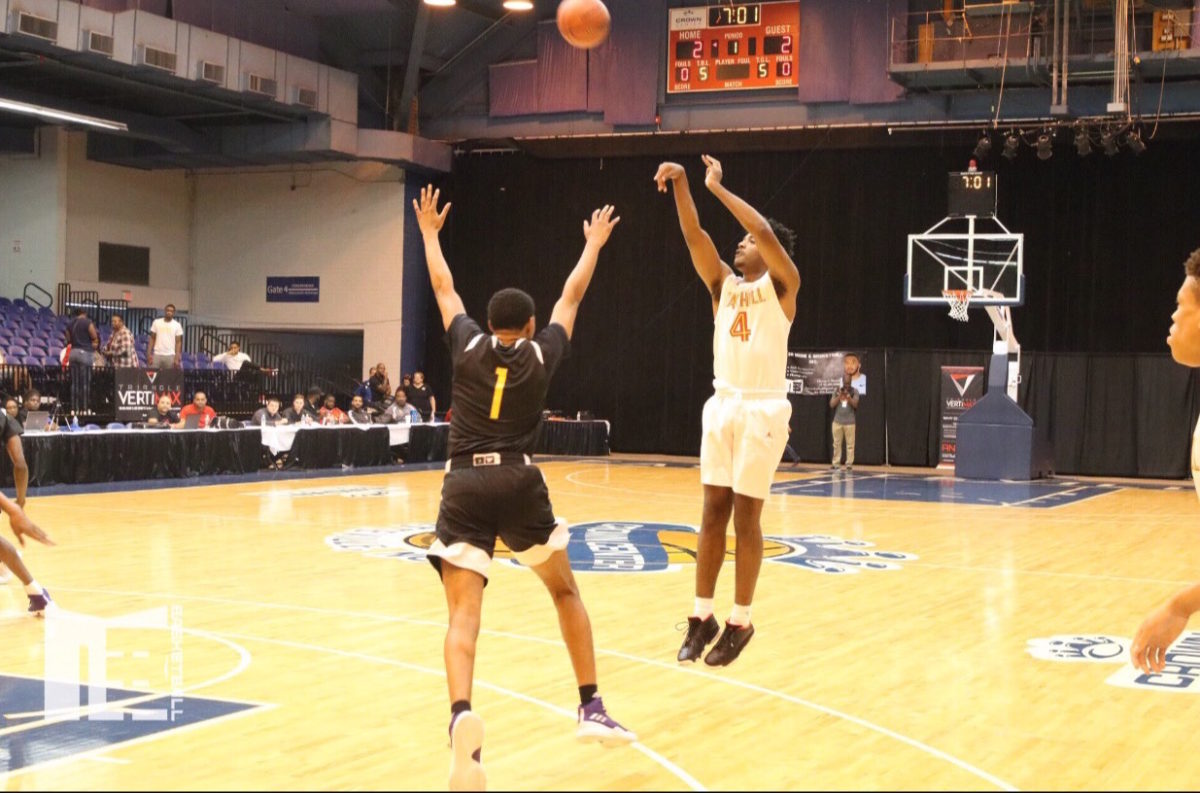 By ADAM ZAGORIA Maurice Calloo, the 6-foot-9, 230-pound forward from Huntington (W.V.) Prep, will take several visits in the coming weeks as he approaches a college decision. Calloo, who left Oak Hill Academy (VA) several weeks ago and landed at Huntington Prep, will not visit St. John’s this weekend as originally planned, a source told ZAGSBLOG. Calloo plans to trip to Ole Miss and Illinois soon. Michigan and UConn also remain in the mix for the Windsor, Ontario native. He broke down his top suitors:   Illinois: “Illinois is Big Ten. Those guys get nitty gritty, down and dirty. So that’s the type of schools I like, too. So Big East and Big Ten are really tough conferences.” Ole Miss: “You got a new coach, Coach [Kermit] Davis was at Middle Tennessee and was recruiting me to go there. He reached out to me and wanted me to come down there for a visit, and he still wants me so really bad.” Call said he’s also “working on UConn and Michigan.” “I really like Michigan the most because it’s not too far from Windsor where I live and I grew up watching Michigan so that’s like my dream school,” he said. Michigan hasn’t offered but he said, “If I have an opportunity to go to Michigan, then for sure I’ll take it. It’s my dream school.” As for his skill set, Calloo says he’ll bring a diverse game. “In college, I’ll be a stretch four,” he said. “I can dribble it. I can shoot the ball very well for a guy my size. I’m very consistent and I can rebound the ball on defense and offense. That’s really it.” Said Huntington Prep coach Arkell Bruce: “”He’s skilled with a developing post game. He has a physical frame and can step out and shoot it.” Call says he’s friendly with fellow Canadian Class of 2018 guys like R.J. Barrett (Duke) and Andrew Nembhard (Florida) and hopes to join them among the next wave of Canadians who play in the NBA. “I feel like it’s increasing year by year,” he said, “and those guys that are in the league right now, they’re just paving the way for kids like me and R.J. and Nembhard and a lot of other great players in Canada.”
Follow Adam Zagoria on Twitter
And Like ZAGS on Facebook

Trey McGowens to Pittsburgh, Reclassifies to 2018