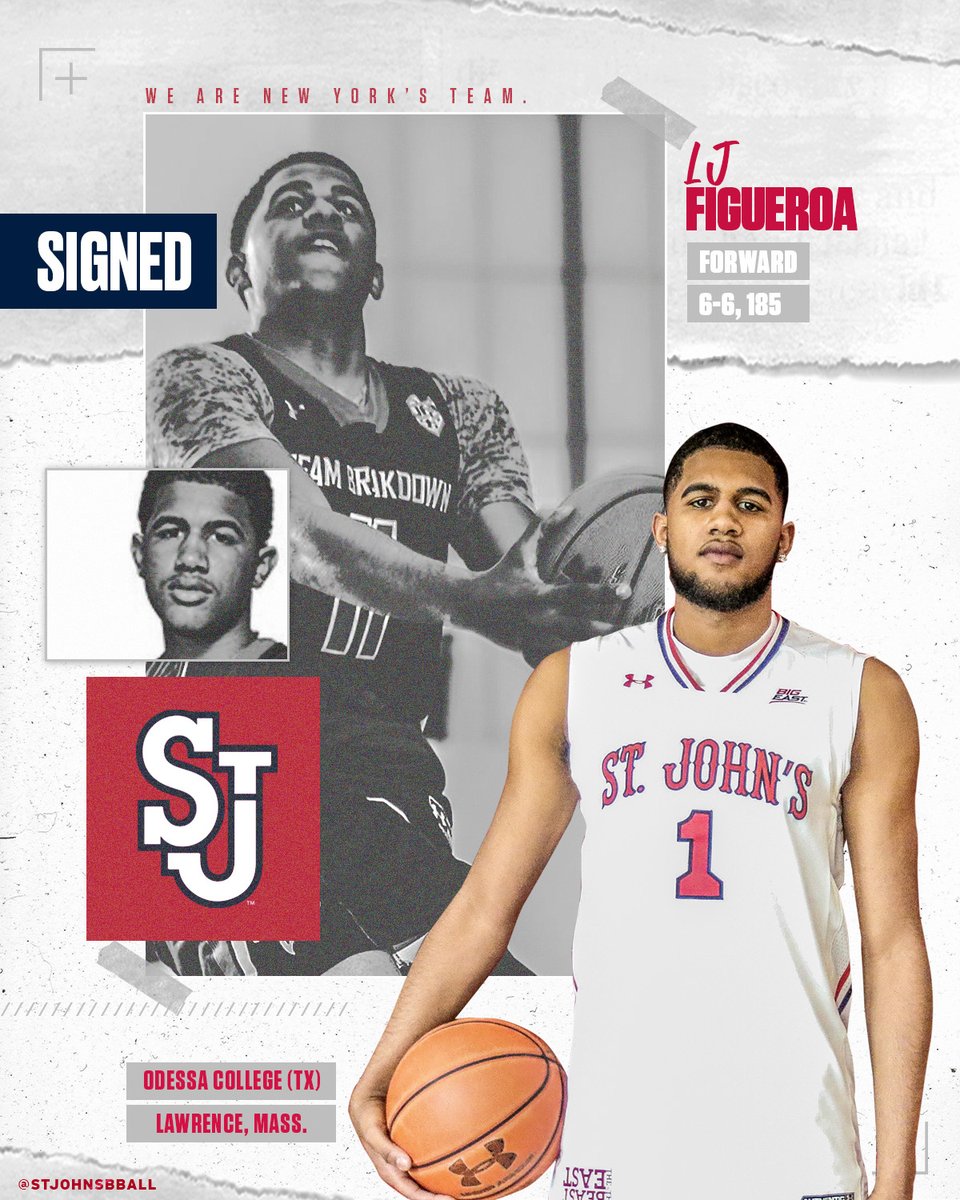 By ADAM ZAGORIA St. John’s on Saturday announced the signing of LJ Figueroa, the 6-foot-5 wing from Odessa (TX) College who was named a 2018 NJCAA Division I Men’s Basketball First Team All-American. Figueroa, who committed Friday, led the Wranglers in points (21.4), rebounds (5.5), three point field goal percentage (48.2) and three pointers made per game (3). He is immediately eligible for 2018-19 and has three seasons remaining. “LJ was one of the most explosive offensive guys at this level,” Odessa head coach Tra Arnold said. “He has the ability to score at all three levels. He will make an instant impact.”

“We are excited to welcome LJ to our basketball family at St. John’s,” said head coach Chris Mullin. “Our staff believes he has the potential to make an immediate impact. His natural scoring ability coupled with his size and length will be a great addition to our roster next season.”

He joins Mississippi State transfer Eli Wright and Houston Baptist transfer David Caraher among players to commit this week. Wright and Caraher will sit the 2018-19 season per NCAA transfer rules.

“I can see myself being successful in New York City and at St. John’s University,” said Figueroa. “This program has all the things I was looking for. It felt like home. I can’t wait to play in front of the Red Storm fans, for this city, and this program.”