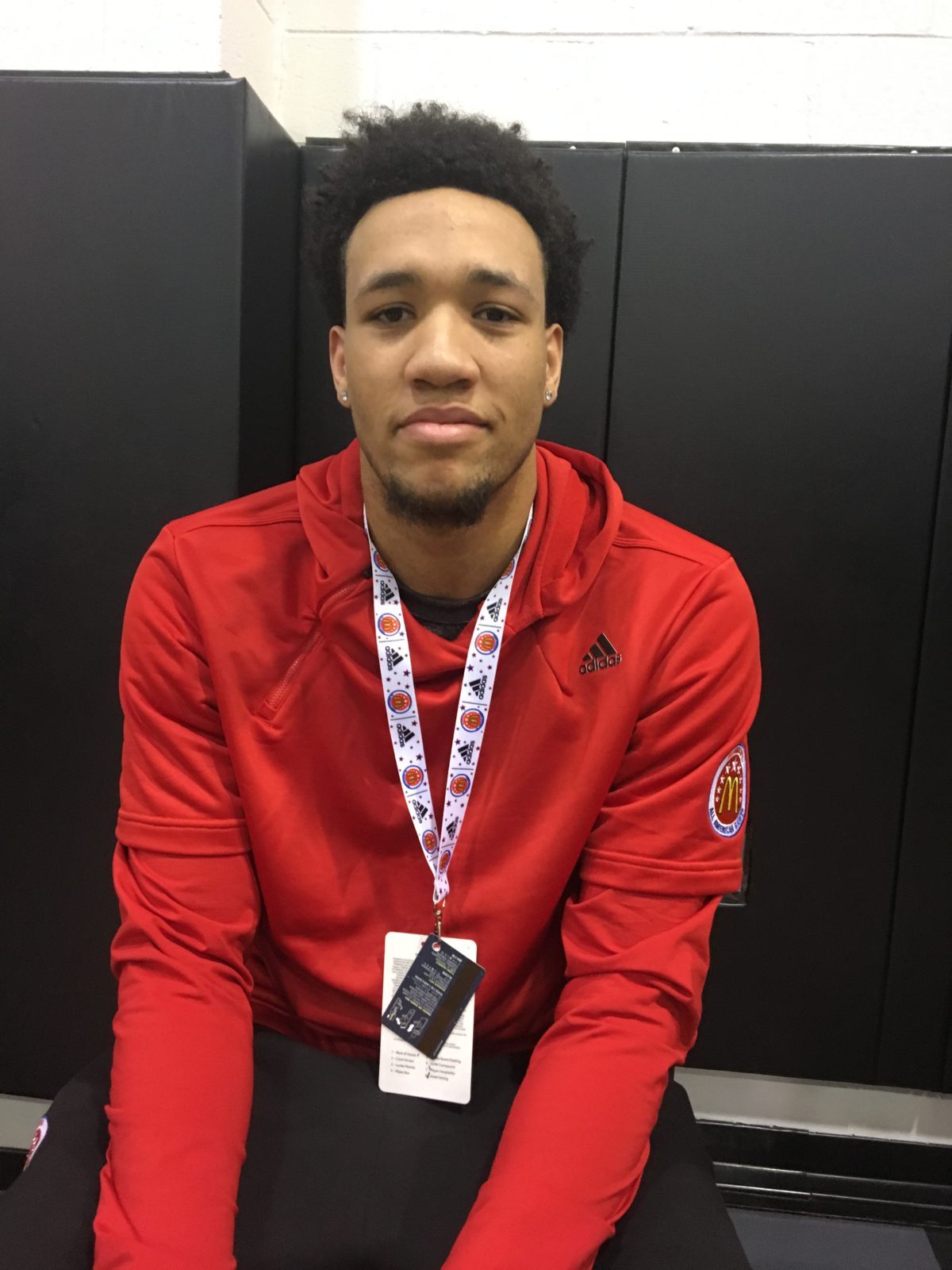 By SEAN BOCK E.J. Montgomery, the 6-foot-10 power forward from Wheeler (GA) High School, has committed to Kentucky, he told 247Sports. Montgomery took an unofficial visit to Lexington on Feb. 24 and had an in-home visit with head coach John Calipari on Sunday. “Just the coaches and their track record with their players,” Montgomery told 247 on why he picked the Wildcats. “I can go get developed and be the best that I can be.” Montgomery chose Kentucky over North Carolina, Duke, Georgia, Georgetown, Vanderbilt and Wake Forest. The difference with Kentucky was the track record head coach John Calipari has of getting his players to the NBA “It’s a big factor because my parents just wanted me to go to a school that I can get developed the most,” Montgomery said. “Their track record with their players in the NBA shows that they’re pretty good at it.” Montgomery is the fourth pledge in the Wildcats’ 2018 class with five-stars Keldon Johnson and Immanuel Quickley plus four-star shooting guard Tyler Herro. Kentucky also has a shot of adding the top point guard in the 2019 class, Ashton Hagans, who may be reclassifying to 2018. According to 247Sports, Montgomery is the No. 12 player in the class and the No. 3 power forward.
Follow Sean on Twitter
Follow Adam Zagoria on Twitter
And Like ZAGS on Facebook