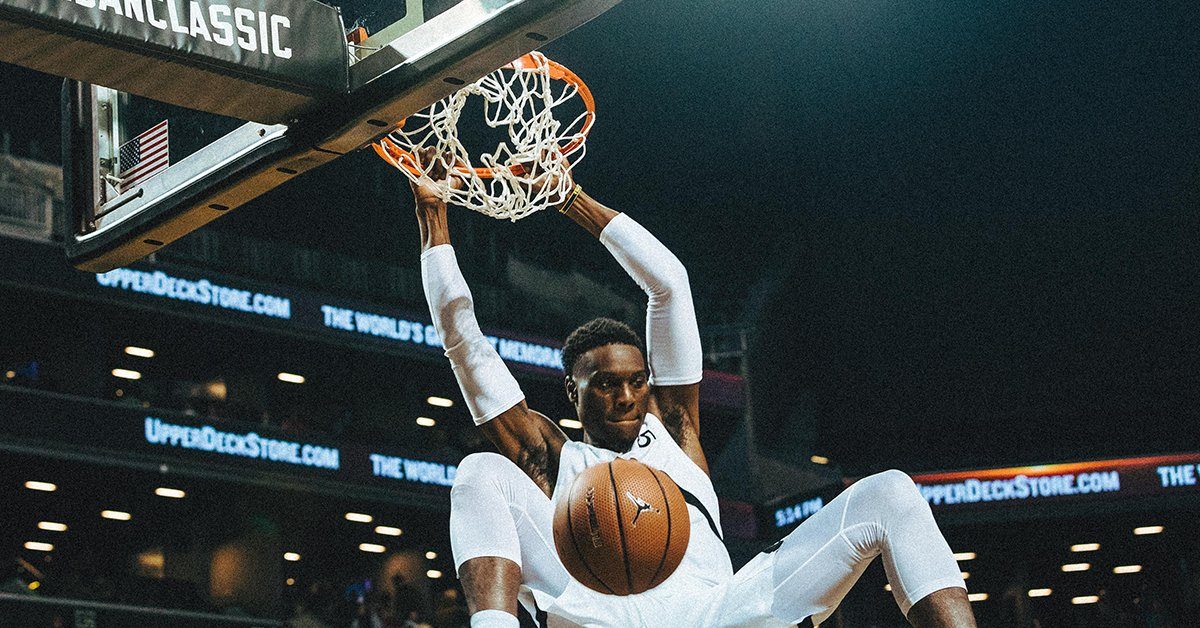 By ADAM ZAGORIA LSU-bound forward Emmitt Williams went off for 44 points along with 7 rebounds and 2 assists en route to MVP honors as the Home team beat the Away team, 144-136, in the Jordan Brand Classic Sunday evening at Barclays Center. Williams passed LeBron James for most points ever in the Classic.

Duke-bound guard Cam Reddish added 19 points, 7 rebounds and 4 assists for the winners. Villanova-bound forward Cole Swider had 17 points and 4 rebounds. Kansas-bound guard Quentin Grimes had 15 points, 9 assists and 5 rebounds. Romeo Langford (uncommitted) and Jalen Smith (Maryland) scored 14 apiece in the win, while Smith added 9 rebounds. Florida-bound guard Andrew Nembhard had 9 points, 9 assists and 6 rebounds. North Carolina-bound wing Nassir Little led the Away team with 24 points and 6 rebounds, Oregon-bound big man Bol Bol had 22 points and 9 rebounds and North Carolina-bound guard Coby White went for 21 points, 5 rebounds and 3 assists. Williams is part of a blockbuster class for head coach Will Wade that also includes Naz Reid, who played in the McDonald’s All-American Game, and Javonte Smart, who played for the Away team in the Jordan Game. Williams impressed NBA scouts during his time in New York. “Emmitt Williams is very athletic and made shots,” one NBA scout said. “If he can shoot like that he has a chance to be pretty good.”
Follow Adam Zagoria on Twitter
And Like ZAGS on Facebook