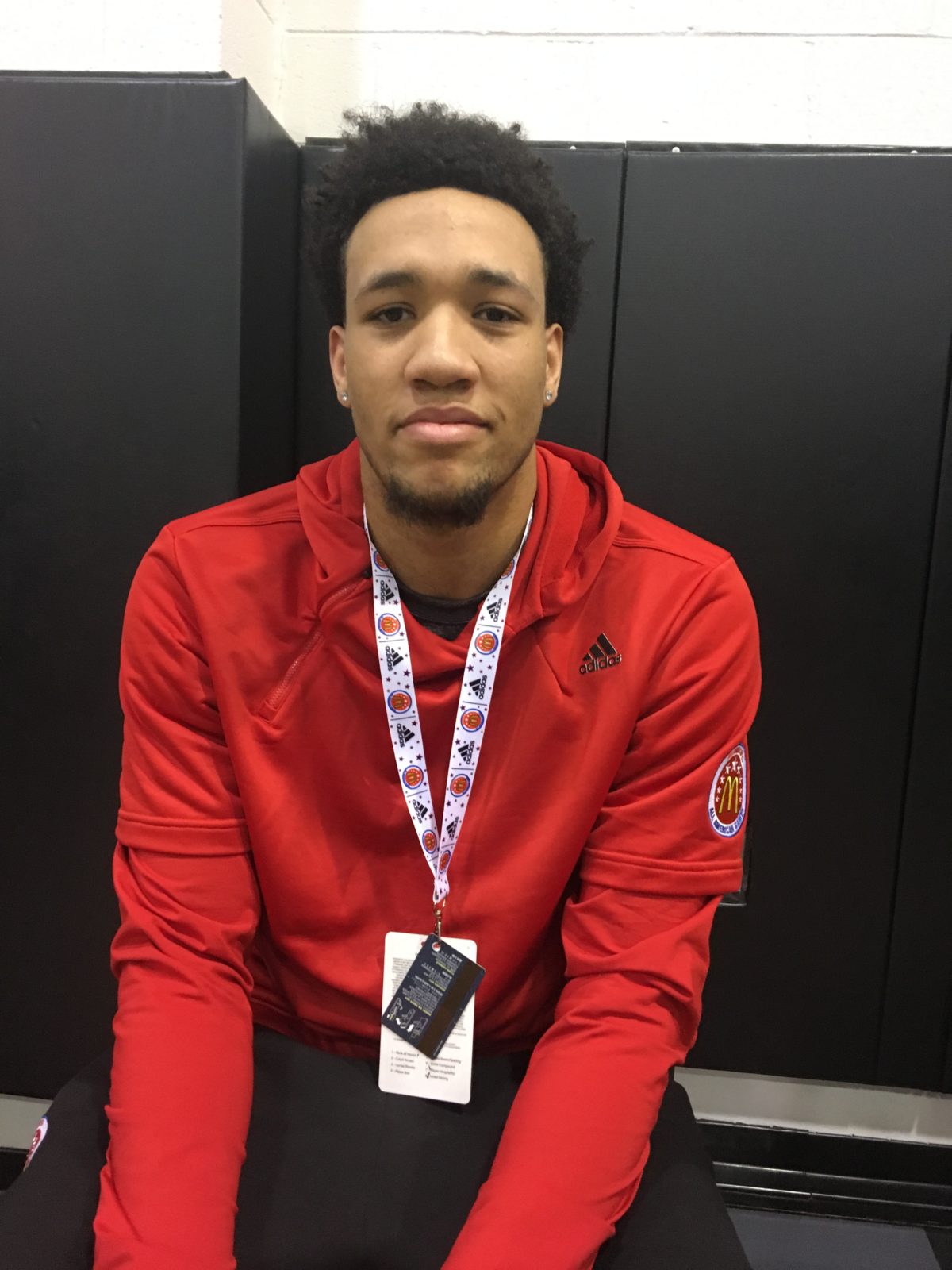 By JACOB POLACHECK ATLANTA — E.J. Montgomery, the 6-foot-10 power forward from Wheeler (GA) High School, spoke Tuesday at the McDonald’s All-American Media Day about being recruited by Duke commits and McDonald’s All Americans RJ Barrett, Zion Williamson, Cameron Reddish, and Tre Jones. “The Duke guys are basically saying, ‘come be the fifth’. We could be the fab five,” said Montgomery. Montgomery took an unofficial visit to Duke last month (Feb. 14). He has also taken unofficial visits to North Carolina (Feb. 14) and Kentucky (Feb. 24). Barrett, who is ranked as the No. 1 player in the Class of 2018, talked about his effort to recruit Montgomery, as he said, “Literally, everyone here is trying to get E.J. to come to their school. Everyone’s in his ear. I know him and went to school with him so we’ll just see where he goes. Reddish, who is ranked as the No. 2 player in his class, also spoke about recruiting Montgomery. “I’ve been talking to him a little bit. We’ll throw it in there every now and then,” said Reddish. “I know how he’s feeling though. It’s a lot of pressure and you don’t want to make the wrong decision, so I’m not gonna hassle him about it.” “We’d be basically untouchable if he came.” After winning the Powerade Jam Fest Slam Dunk contest on Monday night, Williamson spoke about Montgomery, “I’m always in EJ’s ear about Duke,” he said. “Every time I see him, I tell him, ‘Come to Duke. It’s the place for you. We could be the next Fab Five'” Jones, the first of the four to commit, said Tuesday, “We’ve been messing with E.J., trying to get him to think about Duke for sure. You can only do so much recruiting until it means nothing anymore and it’s all on their own. We’ve been talking to him a bit, but we’re just letting him think about it on his own.” Montgomery, who also holds offers from Duke, Kentucky, and North Carolina, among others, spoke about how North Carolina commit Coby White and Kentucky commits Immanuel Quickley and Keldon Johnson have also been recruiting him. “All the guys that are committed have been trying to get me to come [to their school],” he said. “Mainly, it’s the guys from Duke, Kentucky, and North Carolina.” According to 247Sports, Montgomery is ranked as the No. 12 overall player in the Class of 2018 and the No. 1 player from the state of Georgia. He de-committed from Auburn in September, following an FBI probe into separate incidents involving Auburn assistant Auburn assistant coach Chuck Person who was suspended without pay shortly afterward. Montgomery told FloHoops on Monday that he is targeting an April decision. Follow Jacob on Twitter Follow Adam Zagoria on Twitter And like ZAGS on Facebook