No. 1 Kansas holds off No. 2 Duke in Elite Eight classic | Zagsblog
Follow @adamzagoria 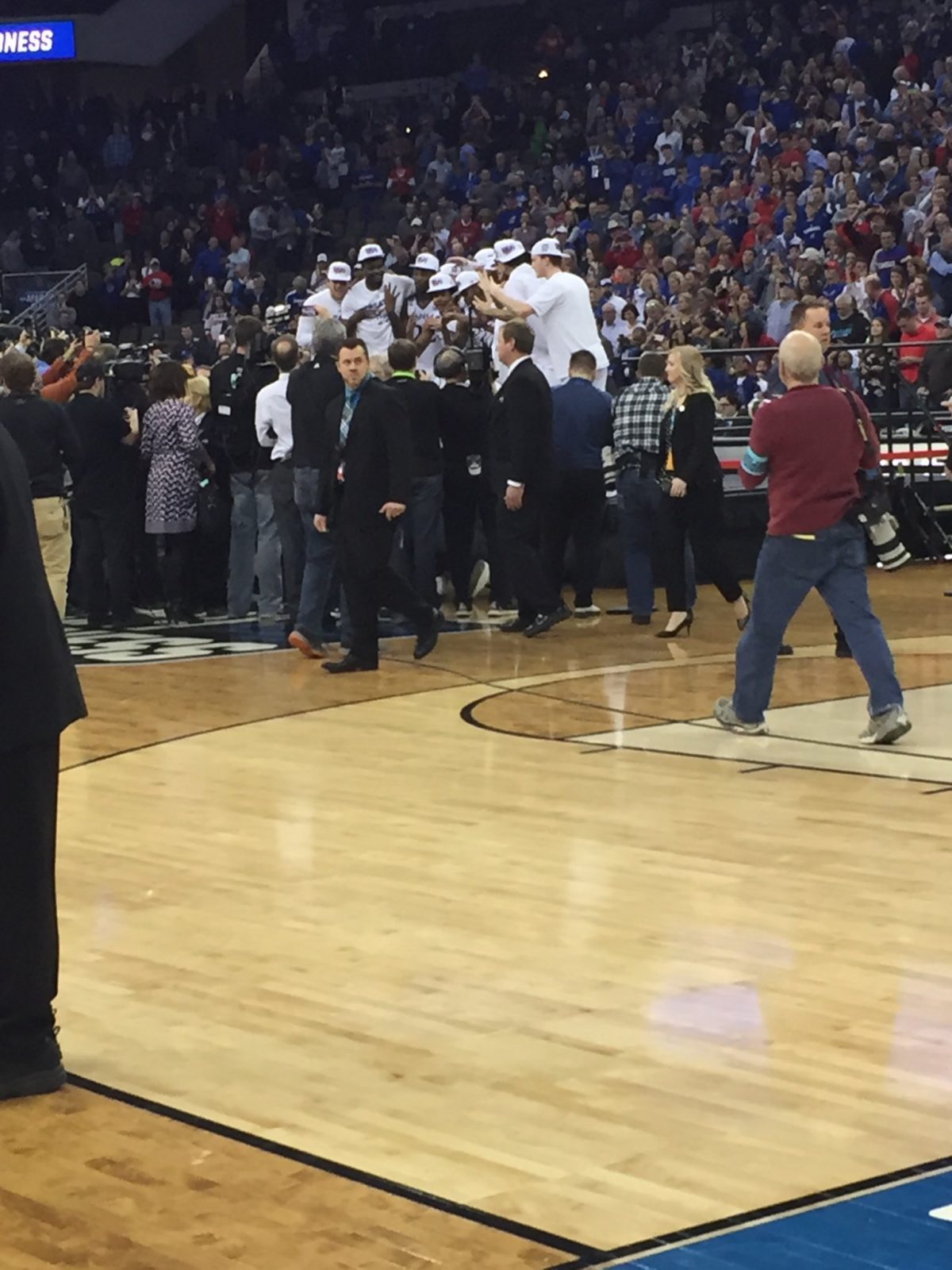 By SEAN BOCK OMAHA – For the first time since 2012, Kansas will be making an appearance in the Final Four. The Jayhawks needed overtime to hold off No. 2 Duke, 85-81, in the Midwest Regional Final in CenturyLink Center in Omaha. Kansas will take a six-game winning streak into the Final Four in San Antonio as it will play Villanova in the second national semifinal. Loyola-Chicago will face off with Michigan in the first Final Four contest. The Jayhawks made it to the Elite Eight last year with current NBA players Josh Jackson and Frank Mason but were unable to get past Oregon. “Getting through the hump was unbelievable,” Kansas guard Devonte Graham said, who played a key role on last year’s team. Malik Newman, who didn’t play on last year’s team, continued his unbelievable play in March pacing Kansas with a game-high 32 points. Lagerald Vick went for 14 points while Svi MyKhailiuk and Graham chipped in 11 points each. Mykhailiuk and Graham, the two seniors for this Kansas group, have done a lot for the program and finally got over the hump of making it back to the Final Four. “There’s a lot of players out there that deserve the best of the best and nobody more than Svi and Devonte,” Kansas coach Bill Self said. “We’ve come up short each and every year, but they get to experience what the very best of the best is and I’m so happy for them and happy for everybody that supports us.” The biggest play of the game was a Mykhailiuk 3 with 26 seconds left in regulation to tie the game. Duke’s Grayson Allen threw up a shot that went in and out with 5 seconds left to force the game into overtime. “It came really close to going in and it didn’t,” Allen said of his shot attempt. “You know, I was trying to drive right, he cut me off, went back left, and their big stepped up to help. And I had to get a shot up over him and tried to bank it in and it was right there, rolled out.” Newman scored all 13 points in overtime for the Jayhawks and hit clutch free throws down the stretch to secure the game.

Freshmen Trevon Duval and Gary Trent paced the Blue Devils with 20 and 17 points. Marvin Bagley, who likely played his last college game, scored 16 points and was double teamed for a majority of the ballgame. Self’s Elite Eight record is now 3-7. Despite 18 turnovers, Kansas was able to hold on thanks to the rebounding margin as it outrebounded Duke 47-32. The Jayhawks will appear in their 15th Final Four and have the chance to win their 4th national title.
Follow Sean on Twitter
Follow Adam Zagoria on Twitter
And Like ZAGS on Facebook