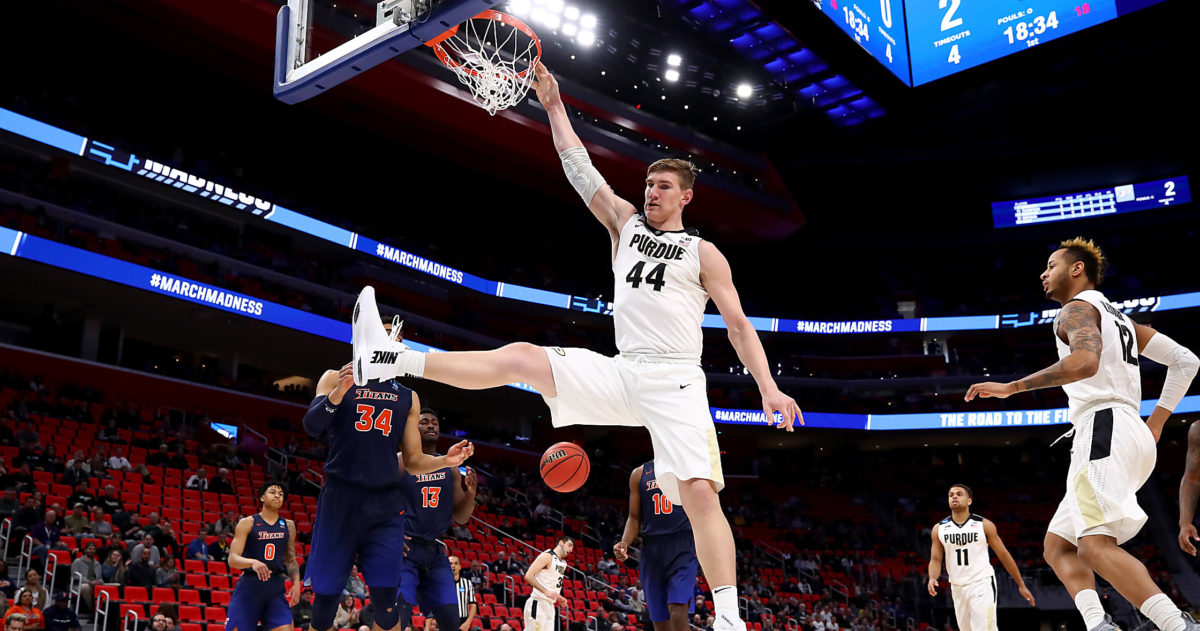 By ADAM ZAGORIA BOSTON —  Purdue senior center Isaac Haas says he’ll be a game-time decision for the Sweet 16 matchup with Texas Tech on Friday. Boilermakers coach Matt Painter says not so fast. “Legally, I’ll be an option but it’s really up to Coach Painter,” Haas said Friday in the Purdue locker room at TD Garden. Painter, speaking to reporters outside the Purdue locker room, said he didn’t think Haas would play, but it’s hard to know if he just didn’t want to tip off Texas Tech. Painter’s rule is that Haas will have to be able to grab a two-handed rebound and shoot a right-handed jumper. “The last two days he hasn’t practiced so that tells me that that’s not going to happen,” Painter said. “I’m not a doctor, but you’ve got to be able to watch as a coach and say, ‘Hey, can I get him out there to help our team?’ I don’t want to get him out there and hurt our team.” Asked when he’ll decide, Painter said, “Well, he hasn’t practiced the last two days, there’s no decision to be made.” Haas broke his elbow last Friday against Cal-State Fullerton and was ruled out for the season. He tried to come back for Sunday’s game against Butler, but his brace was not NCAA-approved. Now he has a new brace designed by Purdue mechanical engineering students.

Haas is anxious to help his team. “If it came down to it, I would fight through 10 times as much [pain] even if it was just for one minute, or however long he wants me to play,” Haas said “I would do it any day for these guys.” Photo: Getty Images
Follow Sean on Twitter
Follow Adam Zagoria on Twitter
And Like ZAGS on Facebook