David Padgett is out at Louisville | Zagsblog
Follow @adamzagoria

David Padgett is out at Louisville 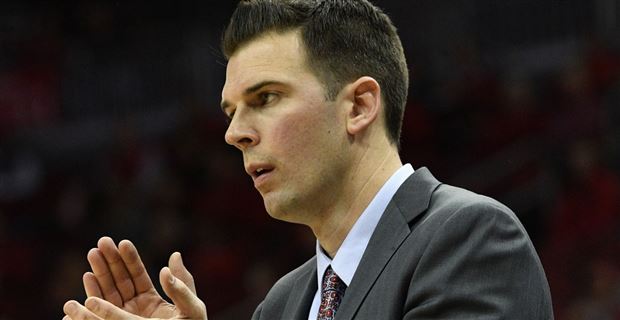 By ADAM ZAGORIA David Padgett has been informed that he’s no longer the head coach at Louisville, the school announced. “I went home last night and had more than one glass of wine, I’m not going to lie,” Padgett told reporters Wednesday, adding that he wants to coach elsewhere. “More than anything I’ve learned I have the confidence to do this moving forward.” The interim coach since September when Rick Pitino was fired, Padgett guided the Cardinals to a 22-14 record and the quarterfinals of the National Invitation Tournament as Louisville finished in a tie for eighth in the ACC. “We all owe a great debt of gratitude to David for his leadership and poise this season,” said Louisville Interim AD Vince Tyra.  “He took over during incredible circumstances, has handled himself respectfully throughout the season and I believe he has a bright future in coaching.  We expect to determine a new head coach in a short period to build upon the great basketball tradition of this university.” Xavier coach Chris Mack has long been linked to the Louisville job and Tyra reportedly met Tuesday with Mack, who guided Xavier to a Big East-regular season title this year and a No. 1 seed in the NCAA tournament before bowing out in the Big East Tournament semifinals and the second round of the Big Dance.

I’ll have to retract the part about the meeting being in Cincinnati. https://t.co/OEx3FUHHL1

Padgett became the Cardinals’ coach on Sept. 29 just three days prior to the start of practice and it was three weeks before his staff was complete.  Louisville earned 20 wins for the 16th straight season, one of just four schools in the nation with that consecutive streak. Padgett, 33, was the third-youngest head coach in NCAA Division I this season and the youngest among Power 5 schools. Padgett was just the third head coach for the Cardinals in the last 47 years, following Pitino (2001-17) and Denny Crum (1971-2001). Photo: 247Sports And Like ZAGS on Facebook

Arizona's Sean Miller says he's not a candidate at Pitt