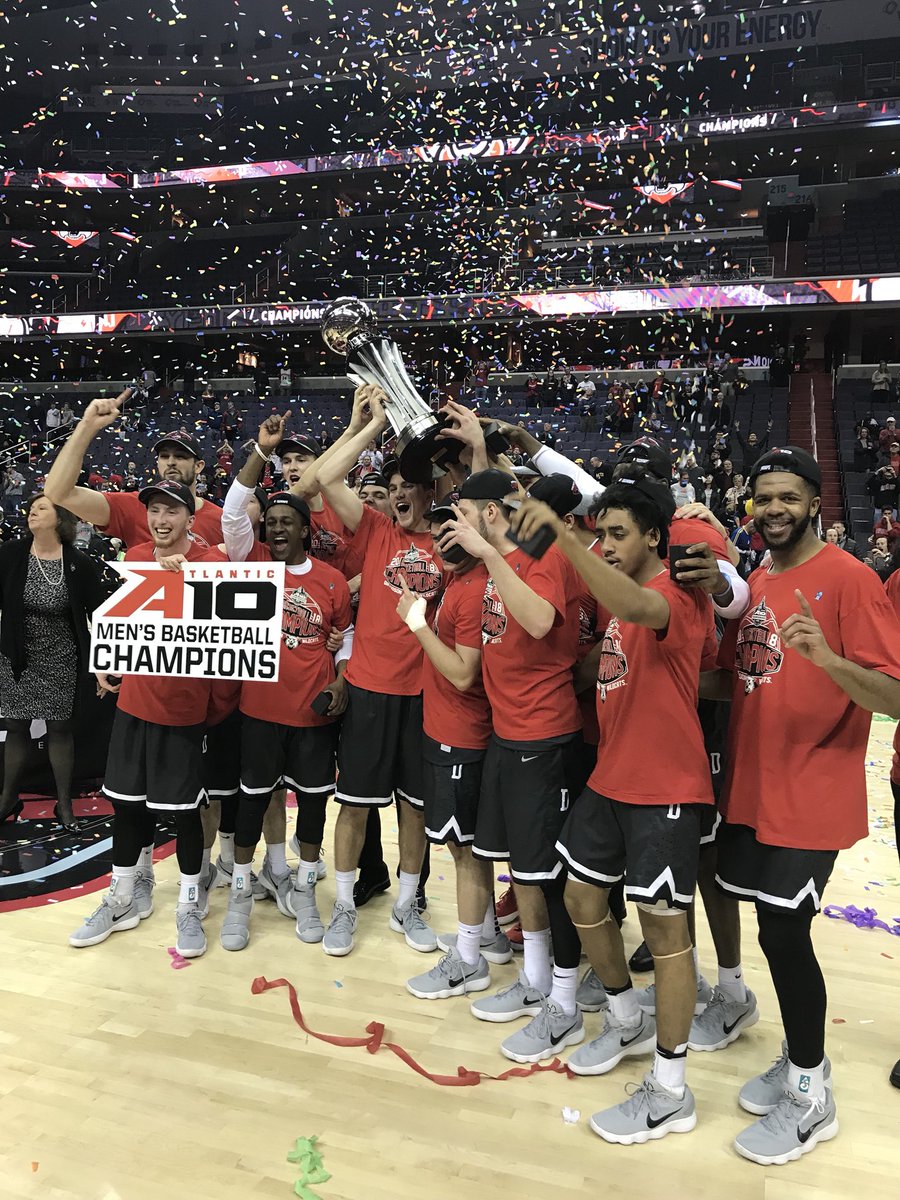 BY AMAN KIDWAI WASHINGTON, D.C. — It appears the A-10 will be sending three teams to the NCAA Tournament after No. 3 seed Davidson hung on to beat top-seeded Rhode Island, 58-57, in the conference tournament finals at the Capital One Center. It was the first A-10 Tournament championship for the Wildcats in their first-ever title game appearance. “I thought our guys showed great toughness to be able to build a lead and then have it evaporate and then be able to come back and take the game,” Davidson head coach Bob McKillop said. Davidson’s win prevented the Rams from winning their second straight A-10 Tournament title. It also steals a bid from a bubble team, possibly Arizona State, which is coached by Bobby Hurley, the older brother of Rams head coach Dan Hurley.

IT’S OVER. @DavidsonMBB is officially heading to the Dance. pic.twitter.com/p3EHkE2vju

Davidson made one basket in the final 14 minutes of the game, but Kellan Grady’s runner with 1:14 remaining made it 58-57. Jeff Dowtin fired an airball with 0.6 seconds left for the Rams in their last chance for victory. As had been the case all week, URI got pretty good looks, they just weren’t falling for players like Dowtin, Jared Terrell, Stanford Robinson and freshman Fatts Russell, four of the Rams’ top scorers who combined to shoot 5-of-24 (20.8 percent) from the field. “We just didn’t have enough guys I think have good offensive games,” Hurley said, “And then, you know, the free throw line came back to haunt us.” Rhode Island hit just 9-of-17 free-throw attempts, an atrocious 52.9 percent clip. Davidson, on the other hand, went 14-of-16 from the charity stripe. Grady finished with 17 points while senior and Co-A10 Player of the Year Peyton Aldridge added 13 points and 7 rebounds. Aldridge has scored in double figures in 41 straight games, a streak dating back to last season. It was uncharacteristic of the Wildcats to win a game that’s a defensive battle, but they found a way to hold on and will have the pleasure of hearing their name called when the brackets are announced later today. “We’re still kind of celebrating the win,” senior guard Rusty Reigel said. “I think it’s definitely in the back of our minds and going to be in the front very soon… Peyton and I made it our freshman year, and getting that experience again is the best thing we could possibly have.” Entering the day, ESPN’s Joe Lunardi had the Rams as a No. 8 seed, with St. Bonaventure of the A-10 an 11.

Amid speculation about his future, Dan Hurley guides Rhody into A-10 Tournament final against Davidson