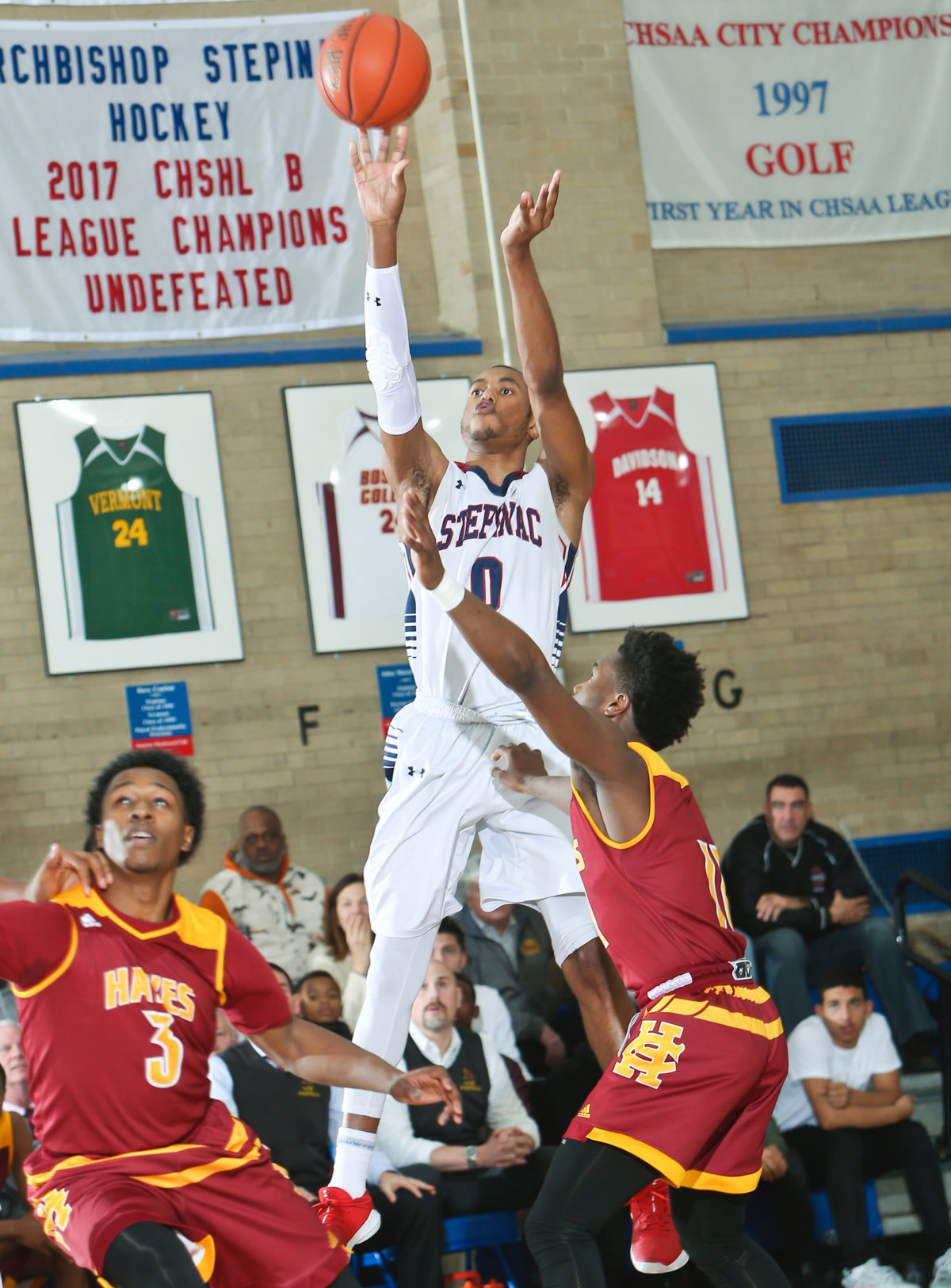 Alan Griffin, the 6-foot-5, 180-pound Class of 2018 shooting guard from White Plains (N.Y.) Archbishop Stepinac, committed to Illinois on Friday. The son of former Seton Hall star and NBA player Adrian Griffin also had interest from St. John’s, Minnesota, Rutgers and Xavier. “I visited there in the summer and it was great,” Griffin said. “I loved the campus and it already felt like home to me and just to go back home and just be two hours away from where I lived is great. I like the coaching staff and they fit my play style. “I can bring offense, energy, defense and be a two-way player, and get my teammates involved and make sure they’re just as locked in as I am.” A first-team All-CHSAA selection, Griffin averaged 18.6 points, 10.1 rebounds, 4.0 assists and 2.4 steals in 20 games, while shooting 48 percent from the field, 48 percent from beyond the arc and 79 percent from the line. He was also a finalist fro Mr. New York Basketball. “Alan has worked very hard to be able to commit to Illinois today,” Stepinac coach Pat Massaroni. “He has developed on and off the court to put himself in a position to be able to go and play in the Big Ten. “Alan can score the ball at a high level and that is what people will look at but he can guard multiple positions, rebounds very well and plays at a high level.” Griffin joins point guard Ayo Dosunmu in Coach Brad Underwood’s 2018 class.

Mark Smith to transfer from Illinois