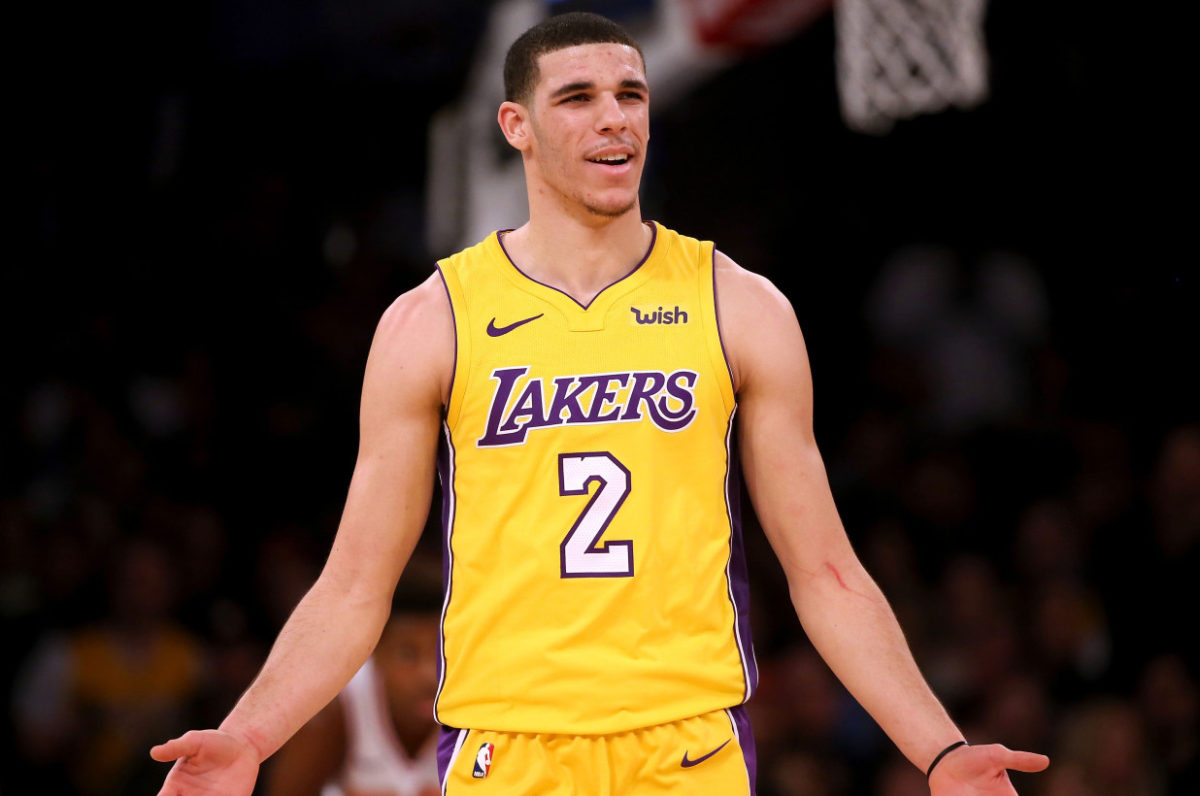 In the wake of a widespread scandal in college basketball where more and more players are being linked to payments while in high school or college, Lakers rookie Lonzo Ball says he thinks college players should be paid. “I do,” Ball said, per reporter Shahan Ahmed. “All the money they generate for the programs and stuff, it’s kind of an unfair system. “Everybody knows everybody’s getting paid, and that’s how it is. Everybody’s getting paid anyway. You might as well make it legal, so that’s how I feel.” Ball said his famous father, LaVar Ball, avoided taking payments despite being repeatedly offered. “They keep coming every summer to get me to say ‘yes,’” LaVar said in September. “They offered you money, they offered to take care of the AAU team, they’re gonna give everybody uniforms, everybody shoes. I mean, it’s just, any kind of way.” Knicks forward Michael Beasley, who played one year at Kansas State before becoming the No. 2  pick in the draft like Ball, made similar comments last fall when the FBI college bribery scandal first broke. Michigan State star Miles Bridges, who is mentioned in the latest Yahoo Sports report, said in the fall that he, too, had been offered money during the recruiting process. He never specified by whom. Bridges picked Michigan State over Kentucky, but was also courted by Michigan, Kentucky, Indiana, North Carolina, N.C. State, Iowa State and Louisville “I mean, if you get caught [taking money], that might be the end of your career. I wanted to play in college really bad,” Bridges told The Athletic’s Brendan Quinn at Big Ten Media Day last week at Madison Square Garden (via NBCSports.com). “I don’t know — materialistic things, they don’t really get to me. So when people were offering me money, I would say no right away, because I wanted to be able to live out my college experience. But really, I don’t know, it is hard, especially because I was so young at the time — 17.” Photo: Getty Images
Follow Adam Zagoria on Twitter
And Like ZAGS on Facebook