Michigan State's Miles Bridges says he was offered money during the recruiting process, but turned it down | Zagsblog
Follow @adamzagoria

Michigan State’s Miles Bridges says he was offered money during the recruiting process, but turned it down 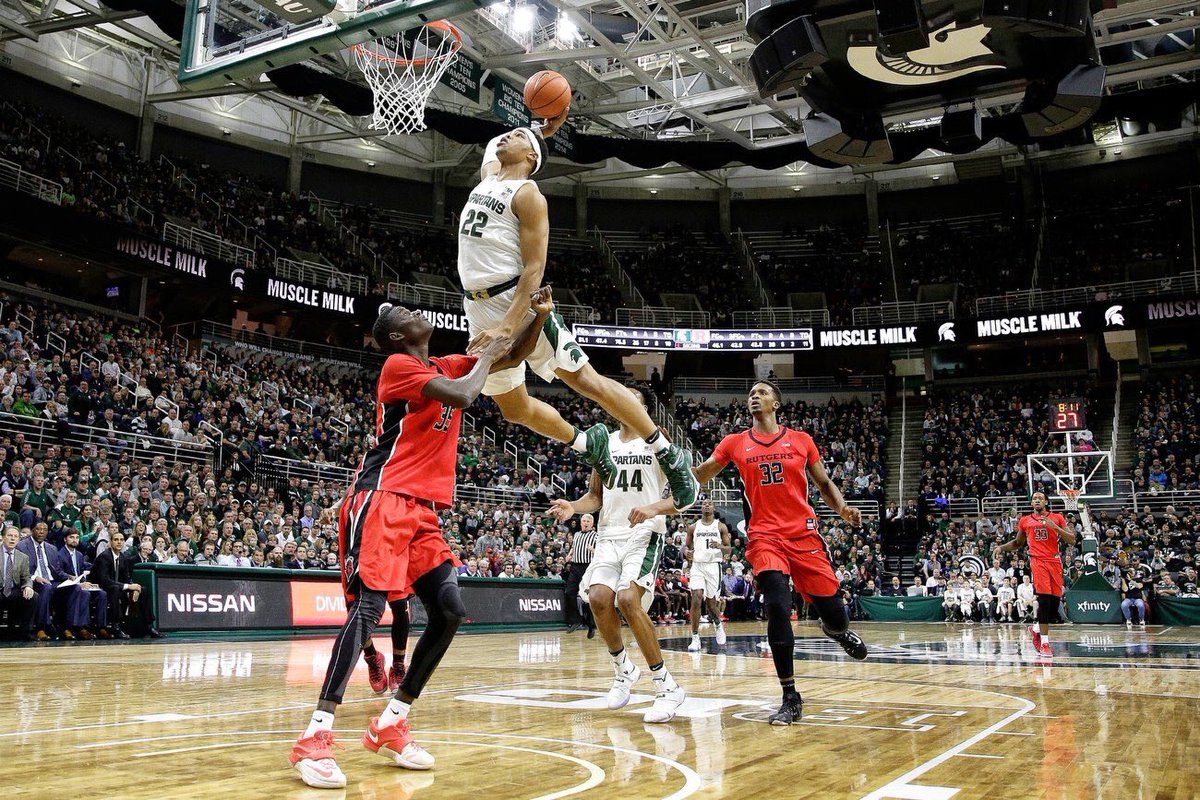 Michigan State sophomore Miles Bridges, the Big Ten Preseason Player of the Year, said he was offered money during the recruiting process but turned it down. Bridges was recruited by Michigan, Kentucky, Indiana, North Carolina, N.C. State, Iowa State and Louisville before ultimately picking the Trojans over Kentucky in October 2015. “I mean, if you get caught [taking money], that might be the end of your career. I wanted to play in college really bad,” Bridges told The Athletic’s Brendan Quinn at Big Ten Media Day last week at Madison Square Garden (via NBCSports.com). “I don’t know — materialistic things, they don’t really get to me. So when people were offering me money, I would say no right away, because I wanted to be able to live out my college experience. But really, I don’t know, it is hard, especially because I was so young at the time — 17.” Bridges’ comments are especially relevant now given the college bribery scandal that triggered the arrests of four Division 1 assistants on Sept. 26, and one day later cost Louisville head coach Rick Pitino his job. Meantime, in a separate interview, Bridges told me he would be “extremely excited” to be drafted by the Knicks, but is focusing on trying to win an NCAA championship this season. For more with Bridges, check out my interview on The 4 Quarters Podcast.