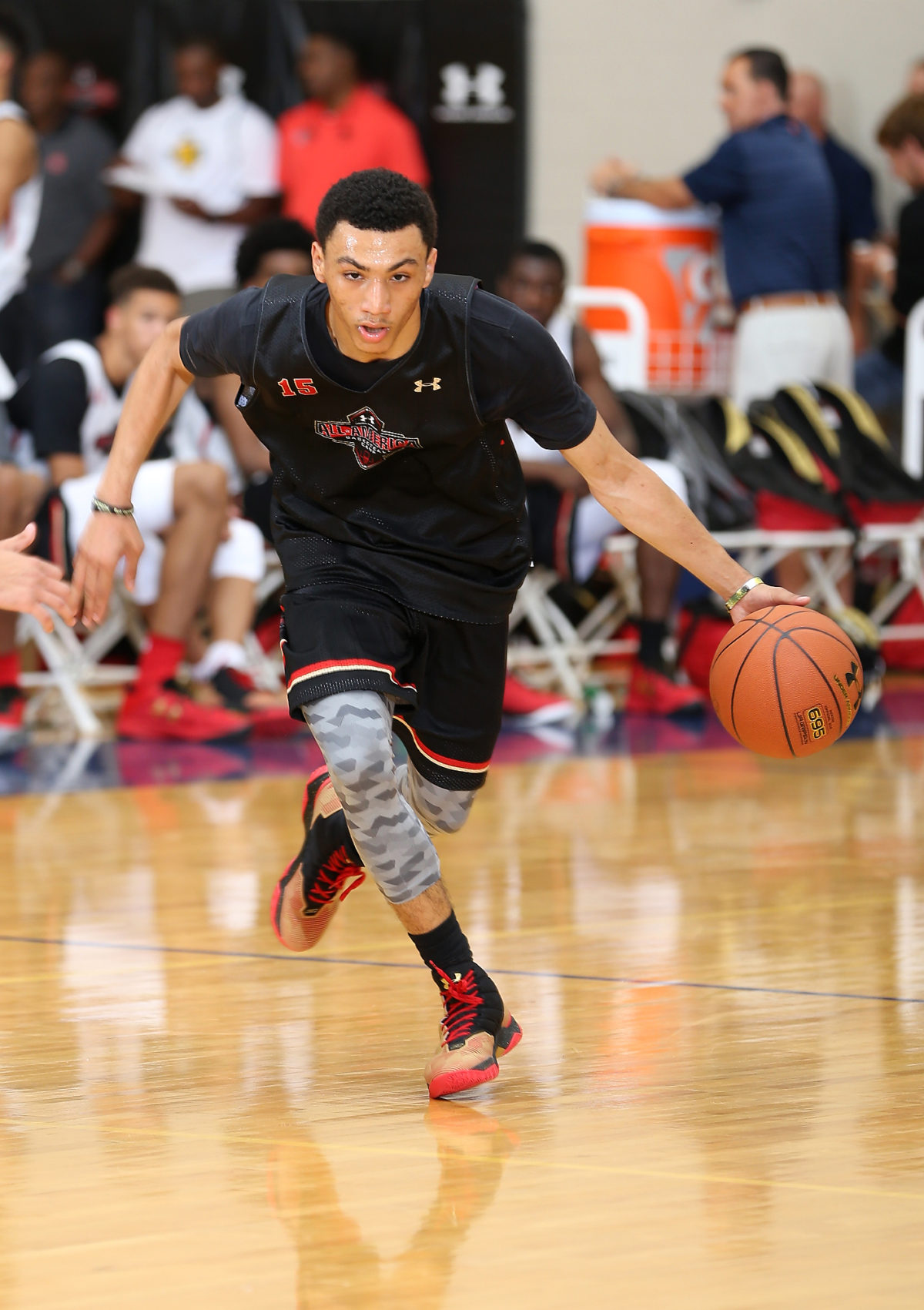 By ADAM ZAGORIA Villanova landed its floor general of the future on Wednesday when Jahvon Quinerly, the 6-foot-2 McDonald’s All-American point guard from Hudson (N.J.) Catholic, announced for the Wildcats. “I will be attending Villanova University,” he said in a video.

Quinerly initially considered Villanova, Seton Hall, Virginia, and Stanford, among others, before choosing Arizona in July. He then decommitted from Arizona in October in the wake of the FBI investigation into bribery in college basketball. Since then he has been linked to Oklahoma, Oregon, Rutgers, Seton Hall and Villanova,  which is in need of a point guard in the Class of 2018, with Jalen Brunson expected to turn pro. The Wildcats have already received NLIs from shooting guard Brandon Slater and small forward Cole Swider. Now they will add Quinerly, ranked the No. 26 prospect in the 2018 ESPN 100.

Quinerly is averaging 19.4 points, 5.6 assists, and 1.9 steals per game for the Hawks this season. “He brings about as talented a guard as you’ll find in the country,” longtime New York recruiting expert Tom Konchalski said. “He’s great playing off the bounce. More shakes than Tom Carvel, more spin cycles than Maytag. He’s not a consistent three-point shooter, but he has games where he really shoots the three-point shot well. It’s feast or famine. He’s got to get more consistent and he’s got to get stronger, but he will. “He’s a guy who has great quickness. He’s unusually quick off the dribble. He has very quick feet, but few people have the ball skills that he has. He’s an exciting guard. And if he does go to Villanova, he’s going to Guard U where they play multiple guards at the same time. Right now he’s combination guard because he scores so well, but he can certainly handle the ball. But you certainly don’t want to take away his scoring.” Quinerly is part of the Jelly Fam crew, along with Minnesota freshman Isaiah Washington, Ja’Quaye James, Sid Wilson and others, and has even impressed Golden State Warriors star Kevin Durant. “He’s flashy with the ball, he can make plays,” Durant said in this Overtime video. “What I like about this kid, is he reminds me of one of my favorite point guards, Jason Williams. He’s got the same quick handle, change of direction, he can finish. Just crafty with the ball. you can tell he put in a lot of work in at the parks. “He’s really accurate with the no-look passes, which is really good for a point guard his size. He’s got a really good flow to him, he’s good in the pick-and-roll, nice handle.”

Quinerly joins teammates Luther Muhammad (Ohio State) and Louis King (Oregon) among high-major commits at Hudson Catholic. Quinerly did not sign with them in November and can sign during the NCAA late signing period April 11-May 16. “I’ve got to wait, I’m just planning on just focusing on the season,” Quinerly told NJ.com back in November. “I’m not really paying it any attention, I’m just focusing on the season and just being there for my teammates right now.” By committing Wednesday, Quinerly got his decision over with before the New Jersey state tournament begins Feb. 27. Hudson Catholic is among the favorites to win the New Jersey Tournament of Champions, but could face a tough draw in the brutal North Non-Public B bracket, including a potential second-round matchup with No. 12 seed the Patrick School, last year’s Tournament of Champions winner and the team that ended Hudson Catholic’s season in the Non-Public B state title game. Follow Adam Zagoria on Twitter And Like ZAGS on Facebook