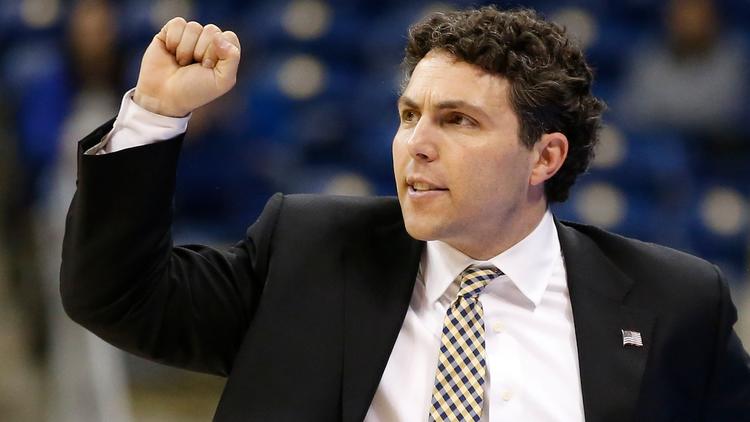 Georgia Tech coach Josh Pastner says there is “zero” truth to the sexual abuse allegations against him. Pastner said Thursday he is “an absolute victim in this whole deal.” Speaking to reporters after Georgia Tech’s 77-54 loss at Louisville, he said, “It’s unfortunate, but I’ll deal with it. All my wife and I try to do is be compassionate to people and that’s life, so you live and learn.” “But unequivocally, zero, zero, zero, zero, zero, zero truth to any of those disgusting, bogus allegations. It’s disgusting,” Pastner added. He repeated “zero” several more times.

Georgia Tech coach Josh Pastner addresses a question about sexual assault allegation brought against him. He said he is a victim in the situation and there is zero truth behind it. pic.twitter.com/MHqpdP364j

In a lawsuit filed Thursday, the girlfriend of a former longtime friend of Pastner’s accused the coach of inflicting “emotional harm” on her through “sexual assault, sexual battery, and intentional infliction of emotional distress.” The Atlanta Journal-Constitution first reported last month that Pastner filed a civil lawsuit against former Georgia Tech booster Ron Bell and his girlfriend, Jennifer Pendley, who have accused the coach of breaking NCAA rules. According to the lawsuit, filed in Superior Court in Pima County, Arizona, Bell and Pendley “began a malicious campaign to defame Pastner, and to extort and blackmail Pastner” by threatening to release accusations the lawsuit contends are “false and patently untrue.” Among the allegations: Bell accused Pastner of sexually assaulting Pendley. Some of the accusations against Pastner are related to suspensions announced in November of two Georgia Tech players, Josh Okogie and Tadric Jackson. Okogie and Jackson were suspended for six and three games, respectively, for accepting benefits — including flights provided by Bell in violation of NCAA rules. Overall, Georgia Tech determined Jackson and Okogie received apparel, meals and transportation valued at less than $525 and less than $750, respectively. In a statement provided to the Atlanta paper by Pastner’s attorneys, he said “I am disgusted and devastated by the actions of two individuals to whom I showed compassion. My family and I are victims of fraud and extortion and the extent to which these individuals have gone to harm us is truly unfathomable. I absolutely and unequivocally never assaulted or harassed Ms. Pendley and I am truly sickened by these false claims.” (The AP contributed reporting; Photo: AP) __ Follow Adam Zagoria on Twitter