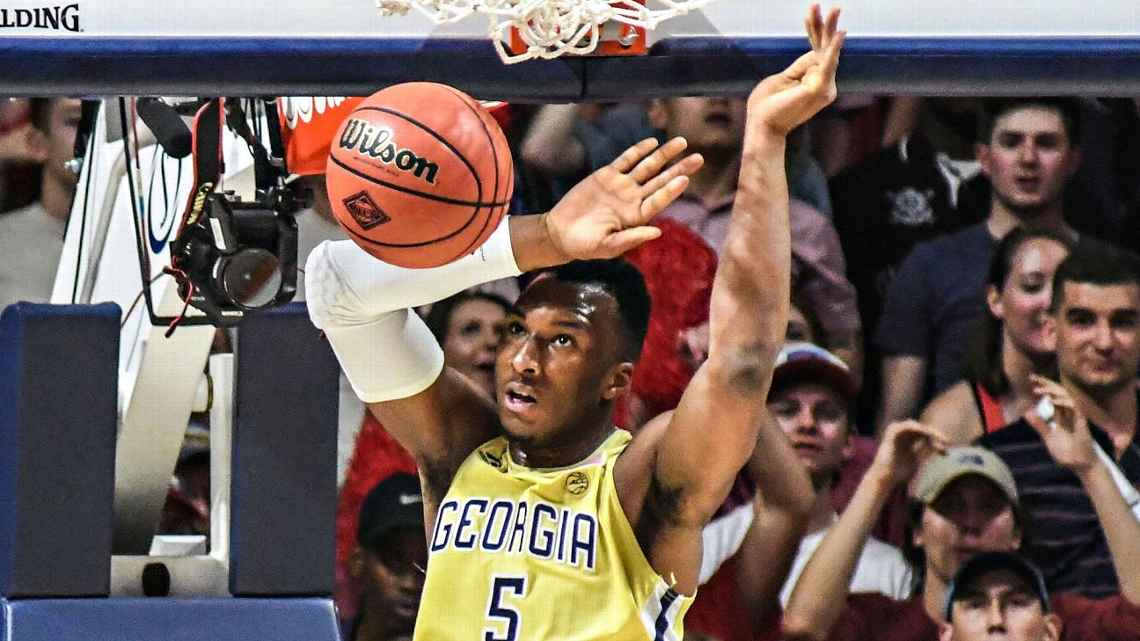 ATLANTA (AP) — Georgia Tech star Josh Okogie will serve a six-game suspension, while teammate Tadric Jackson must sit out three games for accepting benefits in violation of NCAA rules. Okogie and Jackson already missed the Yellow Jackets’ season-opening loss to No. 23 UCLA, staying home while the team played the Bruins in Shanghai, China. The school turned itself in to the NCAA last month, saying an internal investigation showed Jackson and Okogie received apparel, meals and transportation valued at less than $525 and less than $750, respectively, from a person. While the individual’s identity was not revealed, Georgia Tech said the person was not a booster nor employed by Georgia Tech. The NCAA announced its decision Tuesday. Jackson will also miss games against Bethune Cookman (Nov. 19) and Texas-Rio Grande Valley (Nov. 22), allowing him to return for a Nov. 24 contest against North Texas. Okogie must sit out those three games and contests against Northwestern (Nov. 28) and Grambling State (Dec. 1) before he is eligible to return Dec. 3 against Tennessee. Georgia Tech coach Josh Pastner became aware of the violations in early October and reported the situation to the compliance office, which then began its investigation and informed the NCAA of its findings. The players were declared ineligible on Oct. 6, after the Georgia Tech investigation showed the violations of NCAA rules. The school said its investigation shows the violations were isolated and took place without the knowledge of Pastner and his staff. As a freshman, Okogie ranked third among Atlantic Coast Conference first-year players by scoring 16.1 points a game, leading the Yellow Jackets to the final of the National Invitation Tournament. The now-sophomore forward also averaged 5.4 rebounds. Jackson, a senior guard, averaged 12.1 points in 36 games last season, including five starts. “Nothing is more important to me than having an atmosphere of compliance,” Pastner said when the violations were announced. “This isolated situation can and will be a learning opportunity for our entire program. We’re moving ahead and looking forward to having Tadric and Josh back in game action early this season.” Photo: Bruce Newman/The Oxford Eagle via AP Follow Adam Zagoria on Twitter And like ZAGS on Facebook

LiAngelo Ball Among Three UCLA Players Released on Bail in China, May Get 'Lucky' With Punishment Because of Trump Visit