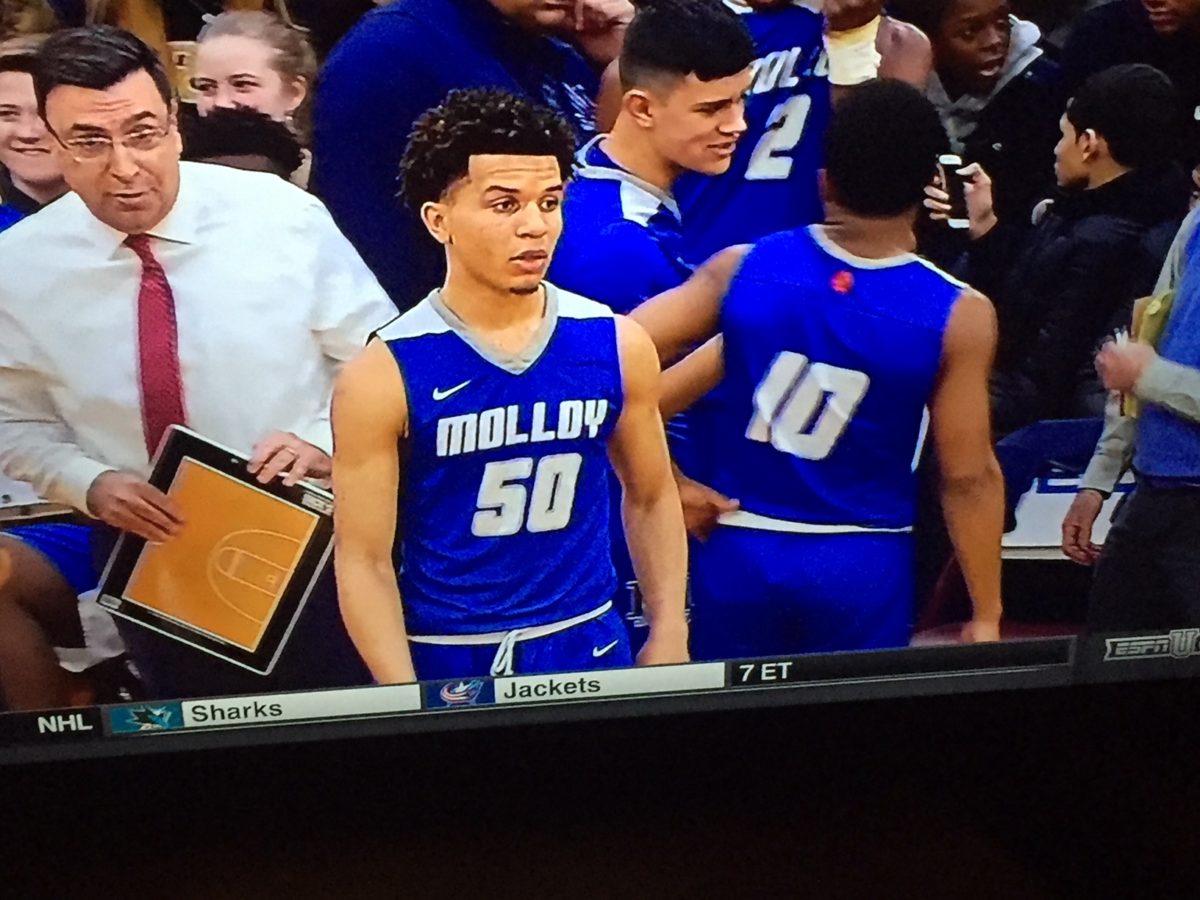 Ahead of Saturday’s game against St. John’s in “The Garf” at Madison Square Garden, Duke got in a little recruiting in the Big Apple. Duke associate head coach Jeff Capel was at Christ the King on Friday evening to watch Class of 2019 point guard Cole Anthony, the No. 6-ranked player in the 2019 ESPN 60 and the son of former NBA point guard Greg Anthony. Anthony went for 23 points and 8 rebounds in Archbishop Molloy’s 64-61 loss to New York Catholic League rival Christ the King in the nationally televised game on ESPNU. Anthony’s three-pointer at the buzzer rimmed out, ensuring Christ the King’s win. The Royals improved to 15-4, while the Stanners dropped to 11-9. Duke is thought to be in strong position for Anthony, the top-rated point guard in the Class of 2019, although he’s also being recruited by Kansas, Oregon, Miami and others. A slew of coaches are expected to watch Anthony this spring and summer when he runs with the PSA CArdinals AAU squad on the Nike EYBL circuit. Capel has been influential in Duke landing a slew of one-and-dones in recent years, from Jabari Parker to Jahlil Okafor, Justice Winslow and Tyus Jones to Brandon Ingram to Jayson Tatum to Marvin Bagley III, Trevon Duval and Wendell Carter Jr. Duke also has the top-ranked recruiting class in 2018 with the top three players in the class in R.J. Barrett, Zion Williamson and Cam Reddish. For more on how Duke has surpassed Kentucky in recruiting, read my piece on The Athletic here.

St. John’s assistant Matt Abdelmassih also attended the game for Class of 2019 Christ the King big man Kofi Cockburn, among others. St. John’s, Cincinnati and South Carolina are among those working hardest for the 6-11 Cockburn. For more, click here.
Follow Adam Zagoria on Twitter
And Like ZAGS on Facebook