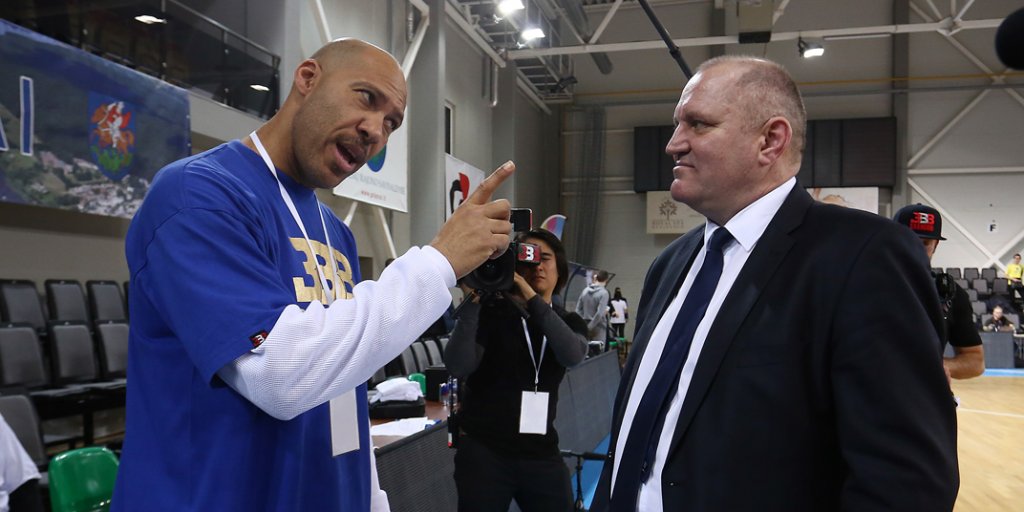 Early Thursday morning, Ball called out Kerr in the first of his rants, calling the Warrior’s coach the “Milli Vanilli of coaching”. “Coaching is not hard. I mean, anybody can be a coach,” said Ball. “Hey, anybody can be a coach. You know what? I’m going to put a sign out there so you really go crazy. Look at Steve Kerr — he’s the Milli Vanilli of coaching. He’s the Milli Vanilli of coaching. You can go stand in the same spot, like Luke Walton did, and win twenty-something games when you got the right horses just running.” “Sometimes, less coaching is the best coaching, but some of these guys like to act like they’re really coaching some guys that know how to play. How do you coach [Kevin Durant], Steph Curry, Draymond Green and Klay Thompson? You know how you coach them? You don’t. Turn your back and let them do what they do. As soon as they win the championship, everybody say, ‘Oh, he’s a great coach.’ That team was put together by Mark Jackson. And now, he jump up and try to take all the credit. That’s why I call him the Milli Vanilli of coaching.” Ball also joined Keyshawn Johnson, Jorge Sedano, and LZ Granderson on ESPN Radio in Los Angeles on Monday morning, most notably saying that he sent ESPN’s Jeff Goodman home from Lithuania after Goodman quoted him as saying that Luke Walton had lost the team, and that he’d cut Goodman and his ESPN colleague Ramona Shelburne off from access to him. “I sent Jeff Goodman home early,” Ball said. “Otherwise he would have still been out here. But how are you going to be out here if I won’t interview with you no more? You got to come home.” Sedano, under the impression that Ball and Goodman were close, asked why Ball would send him home early. “He ain’t my guy no more,” Ball answered. “I’ll never ever EVER do an interview with that guy again. He’s sheisty, and I see that. He wanted to go that route. I told him, ‘You can do what you want, say what you want, you just gotta suffer the consequences whether they be good or bad.’” “He did the story he wanted to write, tried to finagle things,” Ball continued. “Guess what? He’s out of the picture now. He can’t come close to my family.” Sedano wanted to know what Goodman tried to finagle. “He’s sheisty,” Ball said. “He knows the kind of tricks he was trying to play, like when we’re interviewing about the boys [LaMelo and LiAngelo] and all of a sudden he slips in, ‘How’s Lonzo doing?’ Okay, I thought we were talking about the boys, because you know me, I’ll answer anything.” Following Ball’s comment, an ESPN spokesperson sent the following statement to The Big Lead: “Jeff was in Lithuania for eight days and he came home as scheduled after the brothers’ first game. This was solely ESPN’s decision.” Both Goodman and Shelburne took to Twitter, with Goodman expressing his happiness and Shelburne talking about how it’s ‘typical Lavar’.

I always found him entertaining. This latest heel turn is just another storyline. He knows that.