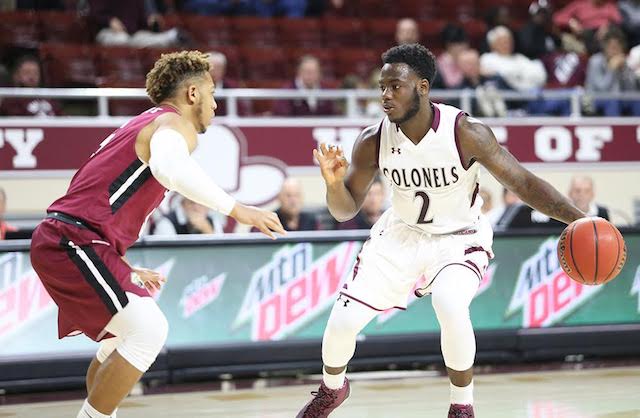 Iona has landed a pledge from Eastern Kentucky transfer Asante Gist, who will enroll now and be eligible in December. Gist said associate head coach Jared Grasso believes he can play a Momo Jones type role in their up-tempo offense. “Just the system and I wanted to get back closer to home,” the 5-foot-10, 180-pound East Orange, N.J. said. “They have guys playing overseas and in the NBA, they really sold me on that. Coach [Tim] Cluess really reminds of coach [Bob] Hurley. It felt like a family. I felt very welcome and I can play my game and show what I can do on the court.” The former Roselle (N.J.) Catholic and St. Anthony’s standout averaged 15.9 points and 3.8 assists per game as a freshman but was hobbled by a right ankle injury and played in just six games as a sophomore, averaging 8.0 points and 2.7 assists. He could obtain a medical waiver to play at the start of the 2018-19 season. “We’re trying to get a waiver for me to start at the beginning of next year,” he said, adding that he’s currently doing rehab on it. Gist is the only player in New Jersey history to win the prestigious Tournament of Champions with two different schools. Photo: AllKentuckySports.com

Iona Shooting for Three-peat in MAAC Tournament Against Fairfield