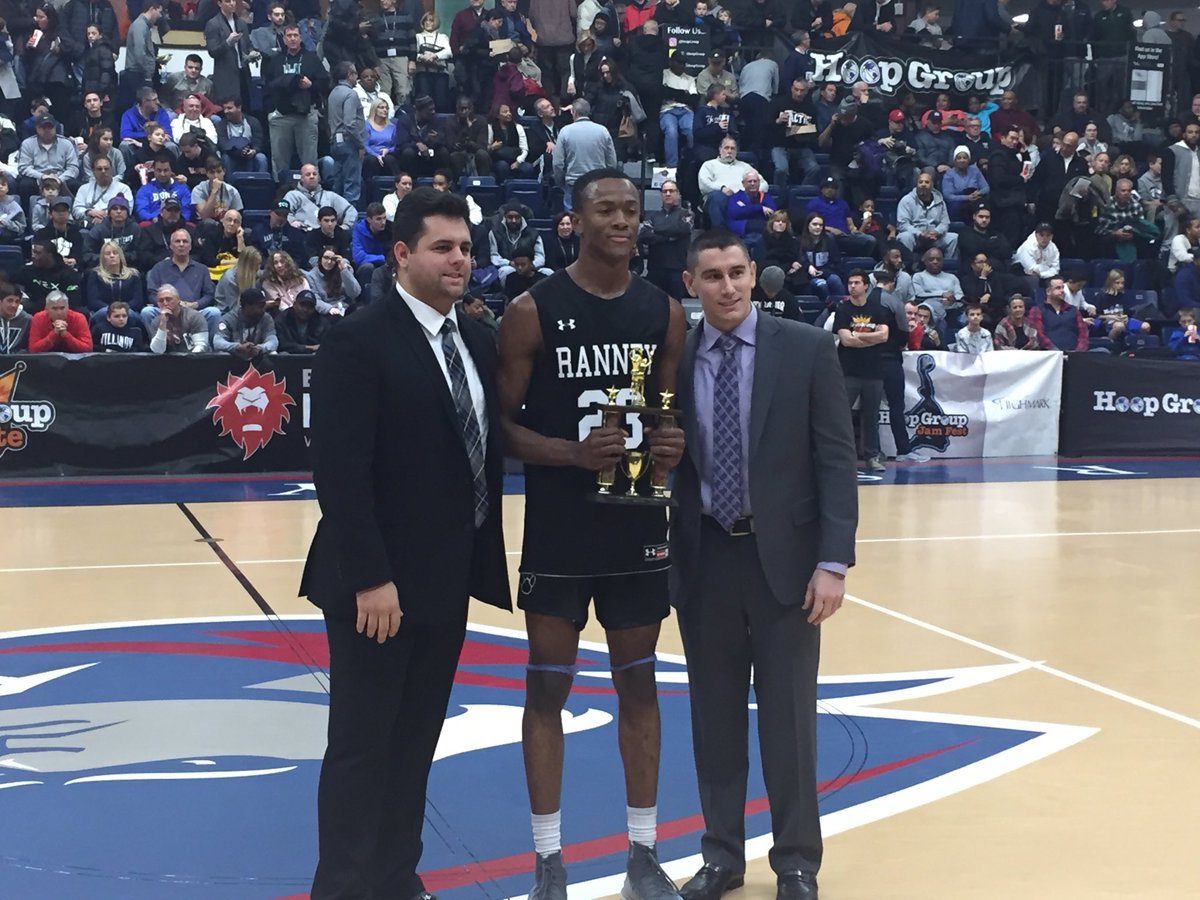 By ADAM ZAGORIA SPRINGFIELD, Mass. — Scottie Lewis is still planning to trim his college list to about half a dozen schools by May, but also plans on adding at least one school to the mix. “I cut my list to 12 schools, I’m hoping to cut it [again] to around six or seven in May,” Lewis said after going for 27 points, 4 rebounds and 3 assists en route to team Most Outstanding Player honors as Ranney (N.J.) lost to Mount Saint Joseph (MD), 71-48, at the Hoophall Classic. “I’m going to be adding Notre Dame back into my recruitment list after taking them out of my 12. So that’s one of the biggest things that recently just happened.” Ranked No. 8 in the 2019 ESPN 60, the 6-foot-5 Lewis currently lists St. John’s, Duke, Seton Hall, Maryland, Villanova, Stanford, Kentucky, Kansas, Florida, Harvard, North Carolina and Colgate. “I’ve just been watching [Notre Dame] for a long time,” he said of adding them back in. “My coach always told me that a lot of schools wouldn’t be as consistent because they feel they wouldn’t be able to get me. So I figured if I reached out to a school that I was personally interested in, we could kind of build that connection.”

Meantime, Kentucky head coach John Calipari ,Harvard coach Tommy Amaker, and two Villanova assistants, Kyle Neptune and Ash Howard, sat courtside along with a slew of other coaches. “[Kentucky] let me know during the week [they would be coming],” Lewis said. “They told me to show out and gave me a couple of tips on what I could do and what they thought I needed to work on. And I think I was able to kind of show that I was able to do those things that wanted me to do.” Lewis’ teammate, Bryan Antoine, had 11 points and 14 rebounds in the loss and is being recruited by many of the same schools. The two Class of 2019 stars have repeatedly said they may attend school together. Lewis listed Kentucky, Duke, Florida, Villanova and Harvard among those most consistent in his recruitment. “I talk to coach Amaker every day now, he asks me about my grades,” Lewis said. “Coach Eski from Harvard as well. Me and coach Ryan Ayers from Notre Dame started talked again. Coach Cal and coach [Tony] Barbee. Villanova, coach Neptune, George [Halcovage] and coach Jay [Wright]. Florida, obviously. Those schools that are going to be in my top six or seven are the ones that are most consistent.” Lewis said a deciding factor will be, “What can you do for me besides basketball? I’m always going to have the trainers and the people surrounding me to form me into a high-level basketball player. But  when I put the ball down, I want to be able to own a team so from an academic standpoint, how can you help me do that?” Meantime, Ranney (9-3) played without point guard Ahmadu Sarnor, suspended two games for a technical foul in New Jersey. “We’re just focused on not losing any more games this season,” Lewis said. Ranney plays in the New Jersey Non-Public B South bracket, where they could emerge to face the winner of a loaded North bracket that includes Jersey powers Roselle Catholic, Hudson Catholic, The Patrick School and Montclair Immaculate, among others. Roselle Catholic and Montclair Immaculate also lost their games at the Hoophalll, while Hudson Catholic beat The Patrick School on Saturday at the Dan Finn Classic in Jersey City and meets Kentucky-bound point guard Immanuel Quickley and John Carroll (MD) on Monday at the Hoophall. Lewis said these high-profile games should help “mentally” for the state playoffs. “That’s what we lack is we’re relatively young for starting all juniors and our sixth and seventh man are juniors, too,” he said. “We’re playing against more high-level, mentally experienced guys so we have to be more mentally tough and get more physically tough when it comes to playing those high-level basketball teams in New Jersey.” *** Follow Adam Zagoria on Twitter And Like ZAGS on Facebook