Jordan Tucker to Transfer from Duke 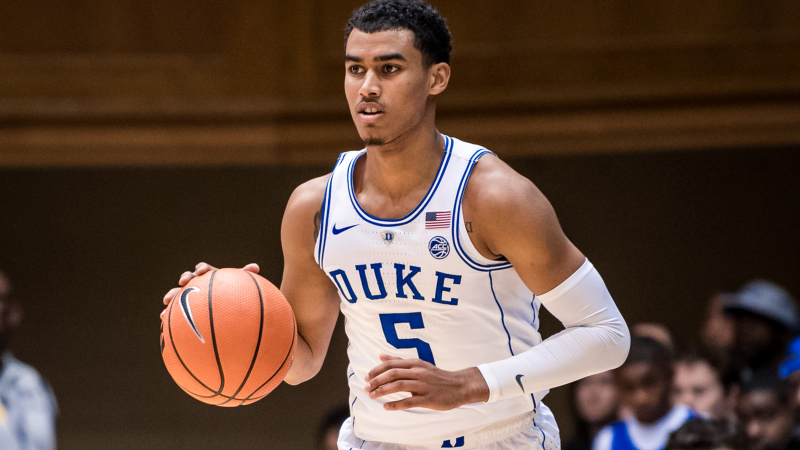 By JACOB POLACHECK Duke Freshman Jordan Tucker will transfer, school officials announced Sunday. Tucker will depart Duke in good academic standing and is expected to transfer to another Division I institution. “We support Jordan and his family’s decision,” said Duke head men’s basketball coach Mike Krzyzewski in a statement released via the school. “We appreciate his commitment to Duke during his time here. Jordan represented our program well and we wish him the very best moving forward.” Duke, currently ranked fourth nationally by the Associated Press, is 13-1 overall and 1-1 in ACC play after a 100-93 victory over No. 24 Florida State on Saturday. Tucker was a four-star prospect in the Class of 2017 ranked as the No. 82 overall player in the class per 247Sports. Through 14 games, he played a total of 14 minutes and scored 6 total points. “It was pretty simple for me. I just needed playing time,” Tucker told The News & Observer in a phone interview Sunday. “Nothing negative. I just needed to play at the end of the day. And coach understands it. It was a mutual agreement.” According to ACC rules, Tucker cannot transfer within conference unless he wants to lose a year of eligibility. Follow Jacob on Twitter Follow Adam Zagoria on Twitter And Like ZAGS on Facebook

Michigan State beats out Duke for new No. 1 in AP Top 25 after Villanova loss; Texas A&M drops to 11th.