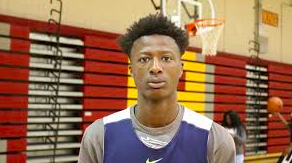 By SEAN BOCK Marcedus Leech, the 6-foot-6 small forward from Poplar Bluff (MO), told ZAGSBLOG on Wednesday that Missouri, LSU, and Nebraska are the three schools working the hardest for him at this stage in his recruitment. “I like the style of play they have this year,” Leech said of Missouri. “I haven’t been able to see much of their games, but they’ve been recruiting me pretty hard lately,” Leech said of LSU and Nebraska. “I want to have a good relationship with the coaches,” Leech said. “I want to play at a school where I play my style of play which is getting up and down. Also, a good academic school that’s willing to help me while I’m there.” Earlier this summer, Kentucky started to express interest in Leech, but the talks with the Wildcats have since cooled down due to an injury. He expects to be back by the summer, so he’s anticipating more schools will draw interest when he returns. Though he’s hurt, Leech said Iowa State and Texas Tech have remained in touch with him and making sure he knows they’re still interested. There have been multiple players from Missouri who are now NBA players including Jayson Tatum, OG Anunoby, and Pat McCaw. According to 247Sports, Leech is the No. 16 small forward in the 2019 class and the No. 1 player from the state of Missouri.