LiAngelo and LaMelo Ball Sign to Play in Lithuania, Lavar says 'Who Cares?' about the language barrier | Zagsblog
Follow @adamzagoria

LiAngelo and LaMelo Ball Sign to Play in Lithuania, Lavar says ‘Who Cares?’ about the language barrier 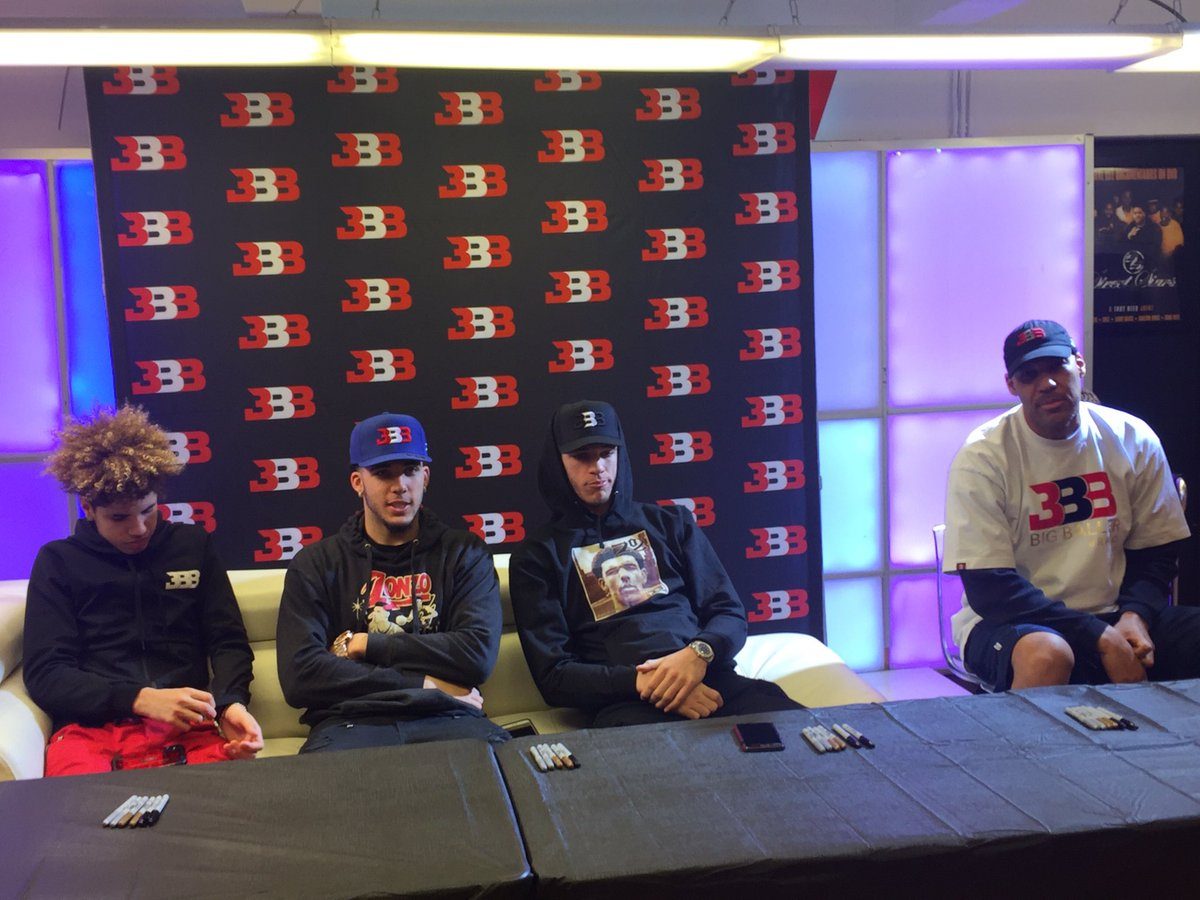 NEW YORK — LiAngelo and LaMelo Ball have signed a one-year deal with Lithuanian club Vytautas Prienai in the first-division Lithuanian league, according to Yahoo Sports. It’s a one-year deal and they will report to the club in January, per Yahoo. “We engaged in serious talks with several teams, and Vytautas made the most sense as LaMelo and LiAngelo work to develop as professionals and set a foundation for their careers,” agent Harrison Gaines said. “It was critical to find a situation in a competitive league that works with both of their short- and long-term goals.”

It’s not about the money for the Ball Brothers. They have a passion to play Basketball and to experience playing as pros was the Goal. They have accomplished this mission and are excited to be playing on the same team to top it off. The Big Baller way! pic.twitter.com/QOu6QCtMdf

TMZ caught up with Lavar and the two sons on Tuesday in advance of the Lakers-Knicks game where Lonzo and the Lakers will come to Madison Square Garden. Asked what the biggest struggle in going to Lithuania will be, Lavar said, “There’s not going to be a struggle at all.” Asked about the language barrier, he said, “Who cares? We’re going to play basketball.” I caught up with both players on Sunday in New York and both said they were anxious to play together –and to get back on the court soon. “Yeah, hopefully somewhere, me and Melo [are] going to go play,” LiAngelo said in this Bleacher Report story. “I don’t know where it’s at yet, but I know we’re going to be playing soon.”

From what I’m told, salaries for players at this level of competition usually don’t exceed $500 per month in the absolute best case. It wouldn’t surprise me if the Ball brothers ended up playing for free. Certainly not the most glamorous league or part of the world to live in.

I don’t know about you guys, but I would watch the hell out of a reality TV show of the Ball brothers in the Lithuanian village, surrounded by non-english speakers, w/LaVar in the stands (potentially mic’d up) watching them in the Baltic League. Has to be the end game here right?

Lavar Ball, the players’ father, pulled LiAngelo, 19, out of UCLA Dec. 4 in the wake of LiAngelo’s arrest in China on shoplifting charges. He had previously pulled LaMelo, 16, out of Chino Hills and is now home-schooling him.

“Somewhere overseas,” LaMelo added to Bleacher Report of where he plans to play now. “Just as long as we play together, that’s the main goal.”

He said it doesn’t matter how far from home they have to go to make it happen. “We already know we’re going far away from home, so that doesn’t really matter,” LaMelo said.

Lavar has said he will probably go with the boys at first to their new destination, and then one or more of their uncles will stay with them.

The Ball’s to Lithuania is a disaster waiting to happen (I played there for a year and hated it). This is a picture of the teams gym that the Ball brothers would play at. Not exactly BIG BALLER material #BBB pic.twitter.com/STkQ57YRS5

Jalen Brunson Once Again Shows Temple What Could Have Been