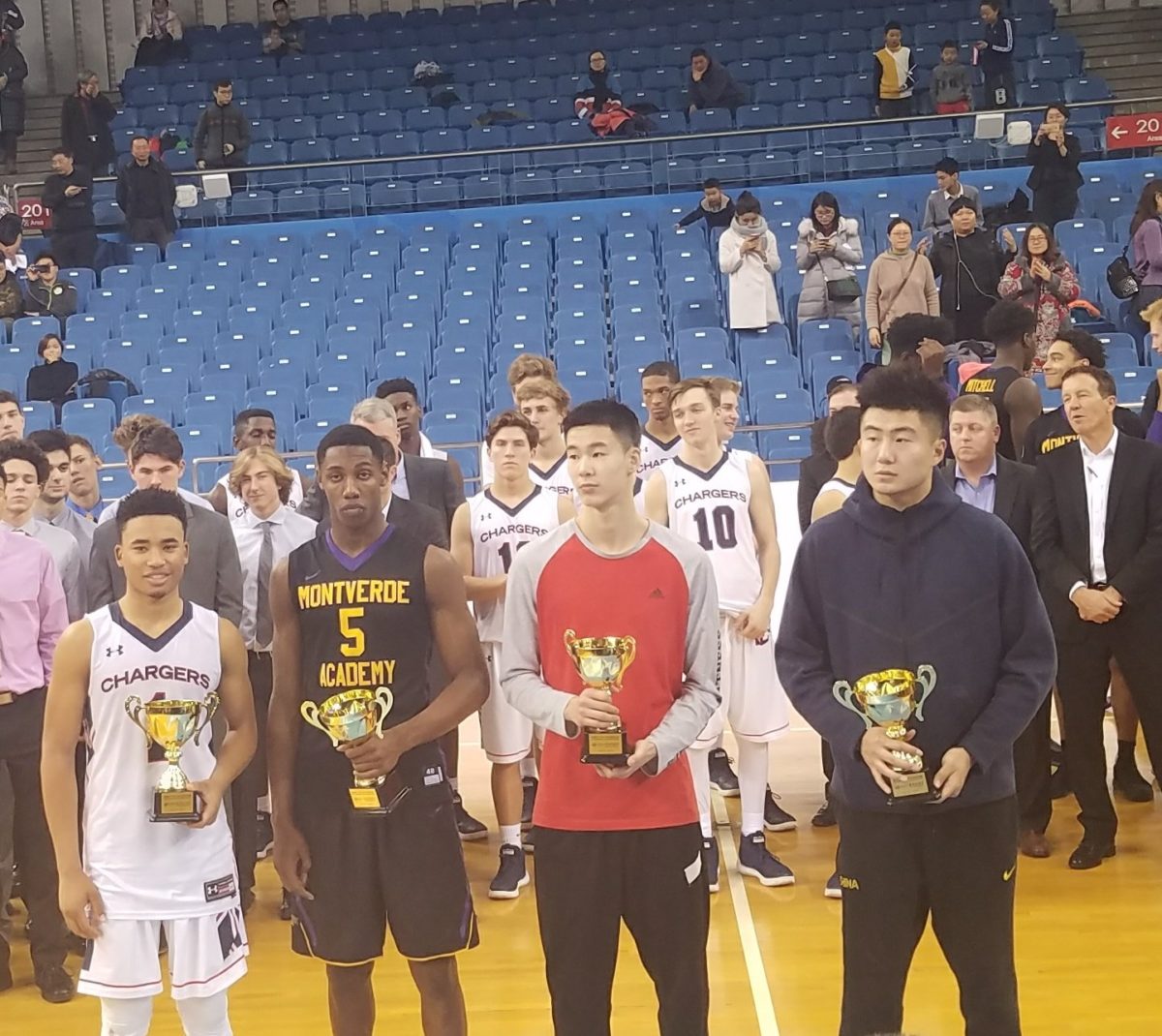 Duke-bound wing R.J. Barrett and Maryland commit Makhi Mitchell led Montverde (FL) Academy to the championship of the International Youth Basketball Spectacular in Beijing on Saturday. The 6-foot-6 Barrett went for 25 points while the 6-9 Mitchell had 20 points and 16 rebounds as Montverde defeated Providence Day (N.C.), 85-50, in the Khoo Teck Puat Gymnasium at Peking University. Barrett is signed with Duke for the Class of 2018, while Mitchell is a Class of 2019 Maryland commit. Monteverde is coached by legendary coach Kevin Boyle. Kansas-bound guard Devon Dotson led all scorers with 31 points in the loss. Barrett and Dotson were named the American Most Outstanding Players of the event. “I am extremely happy and proud of my players to have competed so well against the best teams in China in an event that received so much worldwide attention,” Boyle told ZAGSBLOG. “The event accomplished its mission of great competition , incredible cultural experiences and building friendship and trust between China and The United States through basketball. “The goal for every detail of each experience we had, whether it was our guys learning Kung Fu from Chinese high school students or in the gym where we hosted a clinic for the Chinese university teams, the goal of us coming together through all of our love of basketball was surely met.”

Here’s the scoreboard from @MVABasketball s win in China. pic.twitter.com/70UNj1mLWz

The game was a rematch of the 2016 Dick’s High School National Championships in New York, won by Montverde 70-54. Barrett went for 20 points and 7 rebounds in that game. Barrett has now won championships in Egypt and China before ever setting foot on the Duke campus. He was named MVP of the FIBA U19 World Championship last summer where he led Canada to the title, beating a John Calipari-coached U.S. team in the semifinals. Montverde is also headed to Hawaii where it will play in the Iolani Classic Dec. 16-20. Barrett is projected as the No. 1 pick in the 2019 NBA Draft by ESPN.com. Providence Day beat two Chinese pro teams to reach the final — the Shougang Youth Team and the Bayi Rockets, the same team that got into a brawl with Georgetown in 2011. Both teams took cultural trips to the Great Wall and the Forbidden City, among other places, on the trip and also met Stan Lee, the Marvel Comics’ founder who created Spider-Man, Thor and the Avengers. “I think we are leaving China today with a favorable impression of American players as we too leave with a true respect for them and their commitment to the game,” Boyle said. “Building friendships and learning about their culture was perhaps the best part of this entire trip.” While UCLA’s recent trip to China was marred by the arrest for shoplifting of three players, including LiAngelo Ball, this event was without incident. “This event is not only a basketball friendly match, but also a successful attempt of non-governmental exchanges between China and the United States,” Zhang Jinping, president of the U.S.-China Friendship Association, told Chinese media. “It gives young people in the United States a chance to know Beijing Understanding China and opening a window of understanding for young people in Beijing has further bridged the gap between young people in China and the United States and the friendship between the peoples of the two countries.” Photo: Dana Dotson Follow Adam Zagoria on Twitter And like ZAGS on Facebook