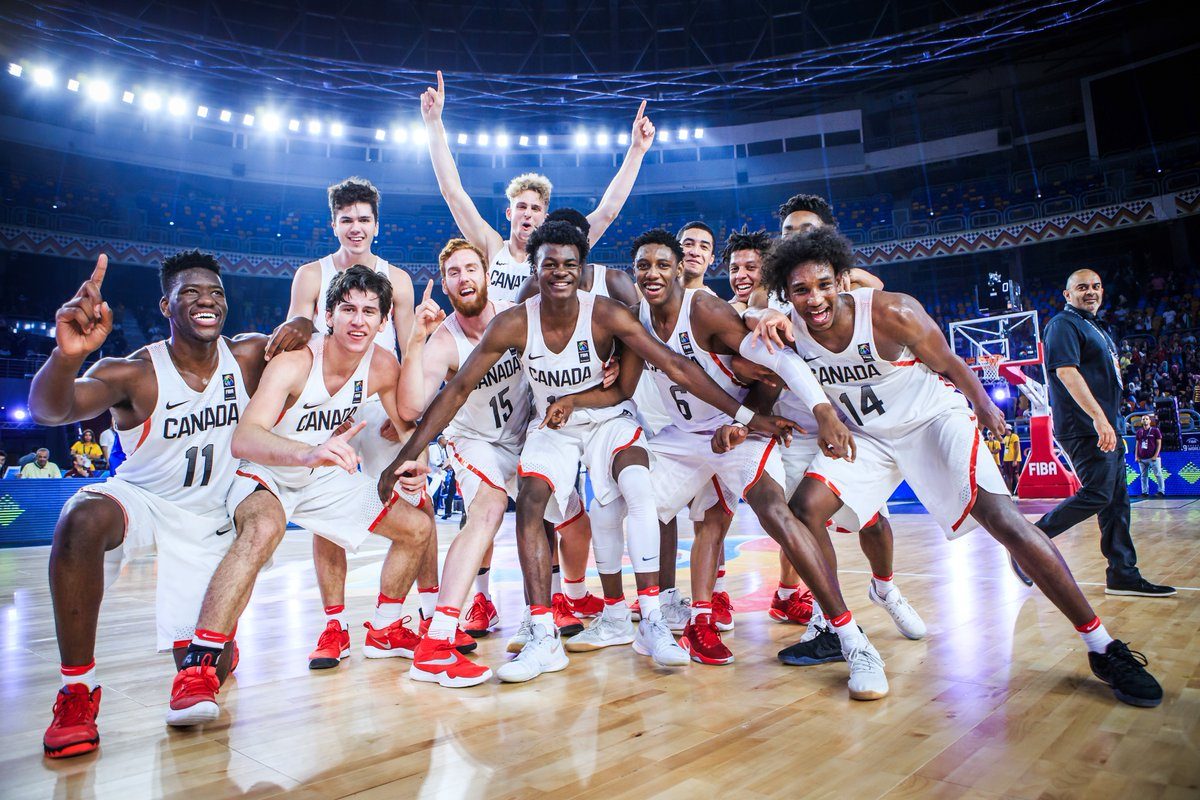 One day after stunning the USA in the FIBA U19 World Cup semifinals, Canada won the gold medal by defeating Italy, 79-60, in the final in Cairo, Egypt. R.J. Barrett went for 18 points, 12 rebounds and 4 assists one day after going off for 38, 13 and 5 against the Americans. Barrett was named tournament MVP after averaging 21.6 points, 8.3 rebounds and 4.6 assists. The 17-year-old combined for 56 points, 25 rebounds and 9 assists in the semis and finals. “I don’t think anything was going to stop us tonight in the championship game,” Canada head coach Roy Rana said. “Incredible tournament, like most world championships. Lots of ups and downs, twists and turns, but our guys stayed in it. They were mentally tough, they believed in themselves, and we found a way. Incredible moment for our country, for these kids…it’s unbelievable to be able to say that we’re the best team on the planet at the U19 age level. It’s hard to express what we’re feeling right now as a group.”

The USA rebounded from its stunning loss to Canada by beating Spain in the third-place game, 96-72. Purdue’s Carsen Edwards had 13 points in the win and Oregon’s Payton Pritchard scored 12. “To be able to bounce back and play the way they did from start to finish shows me a lot about them,” said USA head coach John Calipari  of Kentucky. “We were all still really disappointed. We came here to not only play for the gold, but win the gold, and to play like we did and have Canada come out and play so well, it was just disappointing that we couldn’t get it done. To come back today and play and win the bronze, it’s a good way to end.”

#FIBAU19: ??USA won the battle for the 3rd place!? pic.twitter.com/bKSmWhosP3