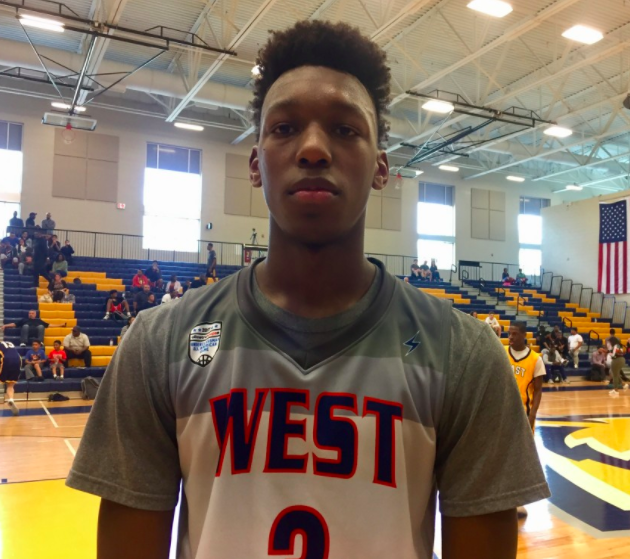 By SEAN BOCK There have been rumors that 5-star recruit James Wiseman would be reclassifying to the 2018 class. Those talks have been shut down. In fact, he has no idea where they started. “I have no clue,” Wiseman told SEC Country. “I just looked on Twitter, and they were talking about that. It was crazy.” Wiseman, a 6-foot-11 power forward from Memphis East (TN), was originally not able to play this season because of the relationship he formed with Penny Hardaway who coached his AAU team and is the head coach at Memphis East, the school to which Wiseman transferred this year. But a temporary restraining order has allowed Wiseman and another teammate to play until their court hearing on Dec. 13. The crystal ball seems to be in favor of Kentucky, as it gives the Wildcats a 100 percent chance to land Wiseman. “I got Kentucky visiting me a lot,” Wiseman said. “Coach Calipari’s been talking to me. Really just Kentucky’s been reaching out to me the most.” North Carolina and Kansas are other notable schools in contact with Wiseman. D.J. Jeffries, another 5-star recruit in the 2019 class who played on the same AAU team as Wiseman, has expressed his interest in playing with Wiseman in college. “James, he’s a great player,” Jeffries told SEC Country. “He got a nice little jump shot, great feel for the game. He a good all-around player.” According to 247Sports, Wiseman is the No. 2 player in the 2019 class and the No. 2 prospect at his position. Photo: HoopSeen Follow Sean on Twitter Follow Adam Zagoria on Twitter And Like ZAGS on Facebook

With Jim Boeheim set to coach until his late 70s, it brings stability to Syracuse's recruiting situation