The Sixers are now the No. 5 seed in the East, Ben Simmons massive favorite to win Rookie of the Year | Zagsblog
Follow @adamzagoria

The Sixers are now the No. 5 seed in the East, Ben Simmons massive favorite to win Rookie of the Year 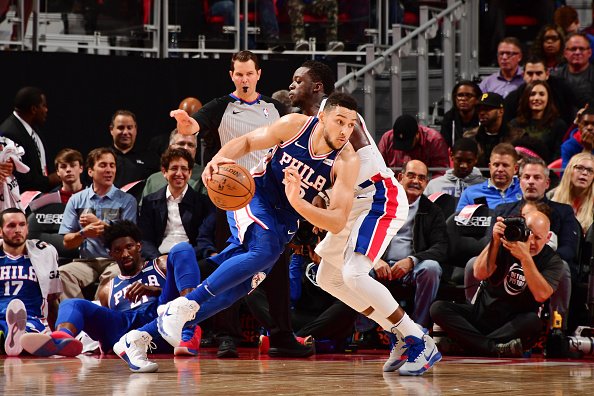 The Process certainly appears to be working. If the NBA playoffs began today (which, of course, they don’t), the Philadelphia 76ers would be the No. 5 seed in the East. The 5 seed.

If the playoffs started today the Sixers would be the 5 seed in the East. #TrustTheProcess

The #Knicks would be the 8 seed. pic.twitter.com/HSi5ujvTJj — Adam Zagoria (@AdamZagoria) December 2, 2017

As Sixers’ beat writer Keith Pompey points out, a year ago the Sixers were 4-17 after 21 games. This year they are 12-9.

The Knicks (11-10) would be the No. 8 seed and would open against the top-seeded Boston Celtics (19-4). Meantime, Sixers rookie Ben Simmons is the massive favorite to win NBA Rookie of the Year honors. He’s averaging a near triple-double at 18.6 points, 9.3 rebounds and 7.2 assists. Fellow Sixer Markelle Fultz, the No. 1 pick in the Draft, is off the board because he’s been hampered by a shoulder injury.

Ben Simmons is the massive favorite to win NBA Rookie of the Year honors via @BovadaLV pic.twitter.com/5jEuZrvGaD

If the NBA Draft were held today (which, of course, it isn’t), neither the Sixers or the Knicks would be in the Lottery. The Knicks would pick at No. 17 and the Sixers at No. 21. Chicago, Atlanta and Dallas own the three worst records in the NBA. Follow Adam Zagoria on Twitter And Like ZAGS on Facebook