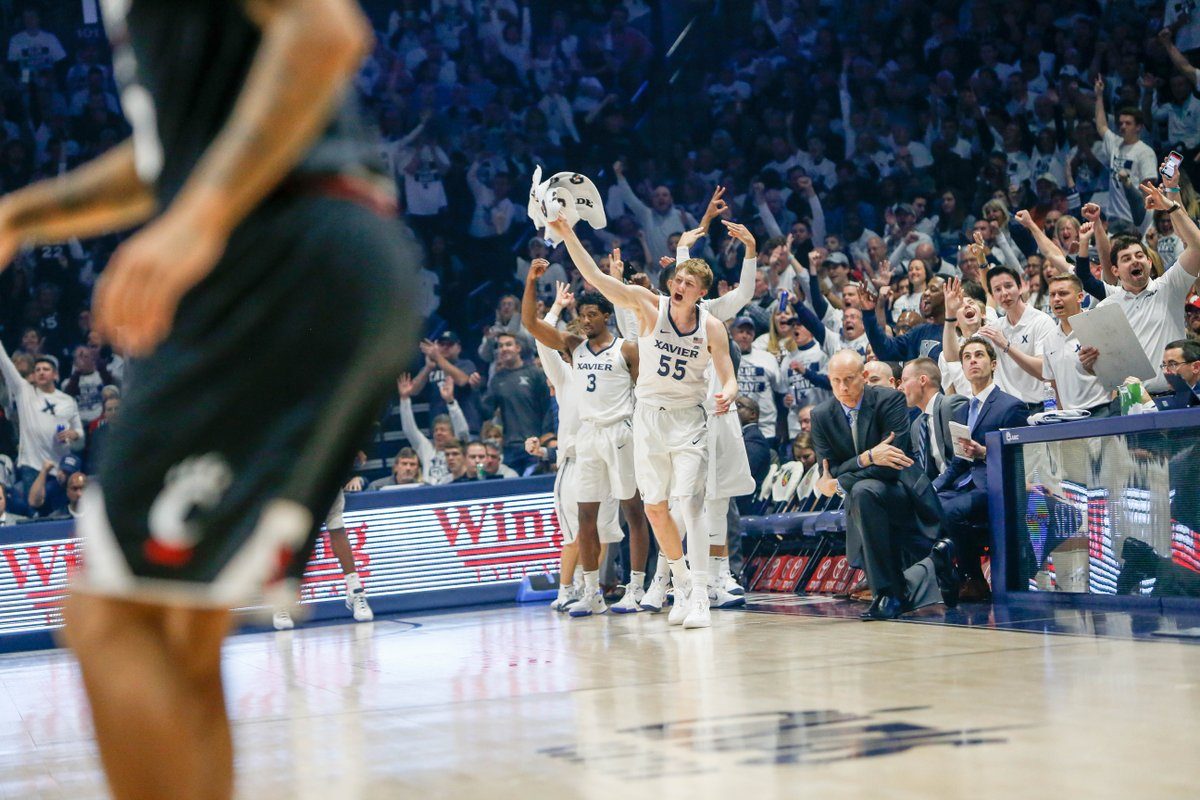 By MIKE McCURRY Cincinnati did not show a ton of fight in a rather lifeless 89-76 loss to archrival Xavier in the Crosstown Shootout on Saturday, but their coach certainly did afterward. Mick Cronin left Xavier guard J.P. Macura hanging in the handshake line then, naturally, attempted to fight him.

Mick Cronin literally had to be separated from the handshake line because he was going after JP Macura. Wild.

What we know: Mick wouldn't shake JP's hand in the line.

My guess is JP said something about that and it set Mick off. — Xavier Scout (@musketeerreport) December 2, 2017

I'm told from a very good source that Mick Cronin said "You want a piece of me, mother fucker." And charged JP Macura in the handshake line.

According to Cronin, he was incited by the always fiery Macura during the game. Cronin would not directly name Macura in his postgame presser, but it’s crystal clear as to who he was referring to.

This is Mick Cronin's statement on the end-of-game event, which preceded Chris Mack's opening statement. pic.twitter.com/2hs1NjRNdK

Cronin: You know who it is. Same guy it is every game.

When Xavier head coach Chris Mack took the podium, he provided his own firsthand account of a similar exchange. According to Mack, he was told to ‘eff-off’ and was called the N-word by former Cincinnati Bearcat and current Indiana Pacer Lance Stephenson in the 2009 Crosstown Shootout.

Chances are this is far from over between two programs that, well, won’t be sending each other Christmas cards in a few weeks. If the basketball Gods do exist, Cincinnati and Xavier will meet again in the NCAA Tournament. Photo: @XavierMBB Follow Mike on Twitter Follow Adam Zagoria on Twitter And like ZAGS on Facebook

No. 21 Xavier downs No. 11 Cincinnati - Three Takeaways from the 'Crosstown Shootout'