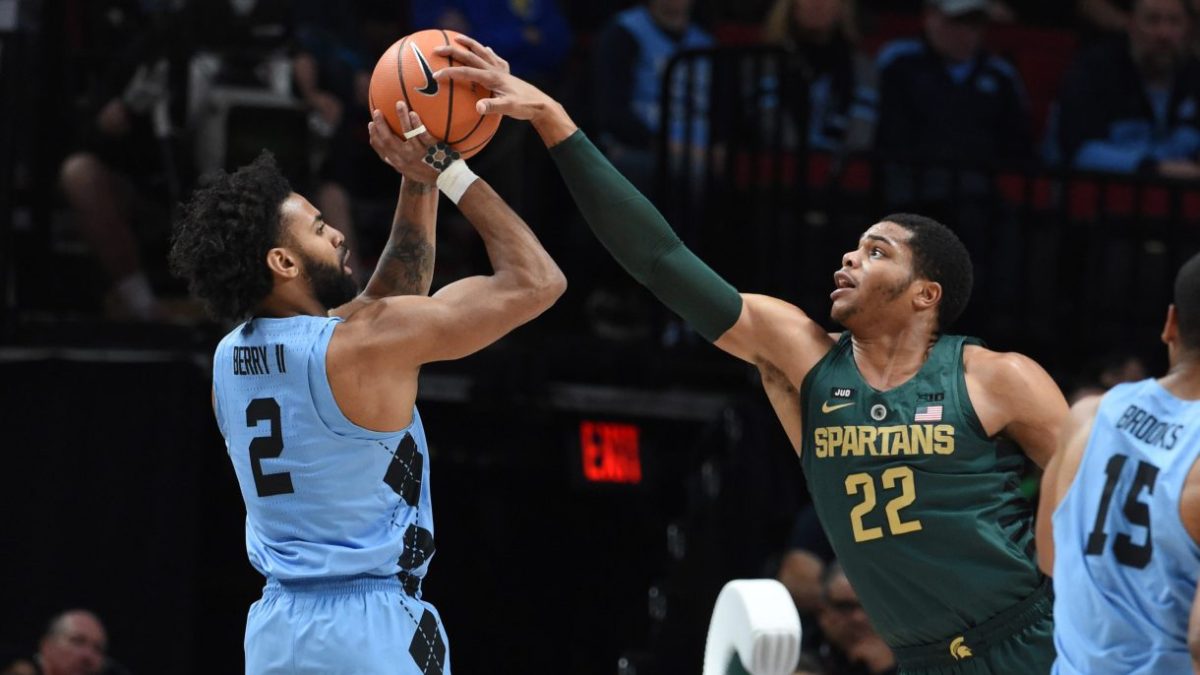 Michigan State looked every bit the contender for an NCAA championship on Sunday night. The No. 4 Spartans trounced No. 9 North Carolina, 63-45, in the championship game of the PK80 Invitational Victory Bracket in Portland, Ore. Michigan State (5-1) held North Carolina (5-1) to 25 percent shooting from the field,  the worst in UNC program history. “I thought our defense was really, really good,” Spartans coach Tom Izzo told ESPN. “Our offense, we hung in there.” The Spartans, who lost to No. 1 Duke earlier this month at the Champions Classic, served notice that it is a force to be reckoned with and have a legitimate shot to earn Izzo his second NCAA title. Joshua Langford looked like the best player on the floor, scoring a career-high 23 points for Michigan State. Nick Ward was dominant inside, going for 7 points, 8 rebounds and 4 blocks. Miles Bridges added 11 points and 5 rebounds. Michigan State led 37-23 at the half. Theo Pinson led North Carolina with 16 points and 6 rebounds. North Carolina junior forward Luke Maye entered the game averaging a double-double but was not a factor at all because of the Spartans’ interior defense. He finished with 8 points on 3-of-13 shooting No. 1 Duke was set to meet No. 7 Florida in the other PK80 championship game later Sunday.   Photo: Steve Dykes/Getty Images Follow Adam Zagoria on Twitter And Like ZAGS on Facebook

Marvin Bagley, No. 1 Duke rally late to shock No. 7 Florida