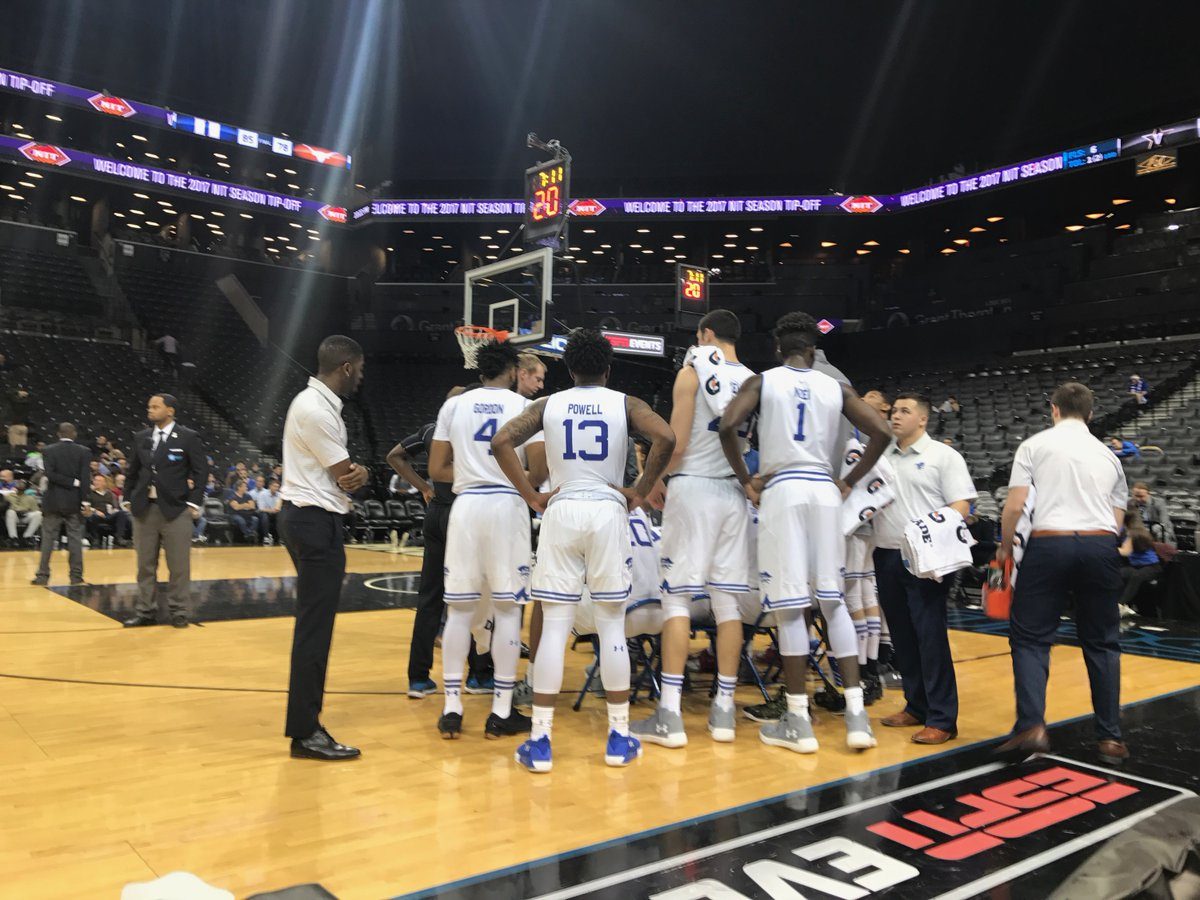 NEW YORK — Coming off a disappointing one-point loss to Rhode Island on Thanksgiving night, it would have been understandable for Desi Rodriguez and No. 20 Seton Hall to experience a letdown going into the third-place game of the NIT Season Tip-Off on Friday night at Barclays Center. After all, the Pirates had hoped to be in the championship game against Virginia, not the third-place game against Vanderbilt before a crowd of only 3,952. But after trailing by one point at the half, Rodriguez and his teammates found what they needed in the second half and emerged with a 72-59 victory. Angel Delgado added 15 points and 8 rebounds and Myles Powell scored 11 points. Walk-on Shavar Reynolds scored the final bucket of the night for the Pirates when he drained a three-pointer from the right side in the final seconds. “We just knew we had to bounce back,” Rodriguez said after going for 27 points and 5 rebounds in the win. “We didn’t want to keep dwelling on the past. It [Rhode Island] was a bad loss for us, we definitely had to bounce back and get a ‘W’ today. That loss was a bad loss for us, but we bounced back today and that’s the most important part.”

Are you still awake? Here’s some highlights from the win over Vandy! #HALLin #PiratePursuit pic.twitter.com/PlHS9qnn1c

In the championship game, Virginia beat Rhode Island, 70-55, and will likely move into the Top 25 on Monday as a result. Seton Hall (5-1) can now take that momentum into the weeks ahead, when their schedule remains tough. Head coach Kevin Willard purposely beefed up the non-conference schedule this year with the aim of building his team’s NCAA Tournament résumé after two straight first-round losses. On Thursday, the Pirates will face a tough Texas Tech team in the Under Armour Reunion at Madison Square Garden. The undefeated Red Raiders (5-0) own an impressive 26-point win over No. 20 Northwestern. After that, Seton Hall visits No. 19 Louisville (Dec. 3) before hosting VCU (Dec. 9) and later playing at Rutgers (Dec. 16). “I think these games are going to help us tremendously in January and February,” Willard said. “And that was the goal of the schedule, to test us early. Texas Tech is phenomenal. They’re a lot like us, they’re a senior team with a lot of good young guys. Obviously, Louisville’s Louisville. I watched Rutgers play the other night…I love the job Steve [Pikiell’s] doing. VCU is playing tremendous, they’re at a different pace than what they used to. “So we’re going to have a lot of opportunities. It’s good for us going forward.”   JORDAN WALKER INJURY UPDATE Seton Hall freshman point guard Jordan Walker told ZAGSBLOG he’s out two more weeks with a torn ligament in his thumb, meaning he could return in mid-December. He sat on the bench with a cast on his hand. Without Walker, Khadeen Carrington played 30 minutes at the point and managed just 3 assists and 1 point. “I told Khadeen I thought this was the first time he played like a true point guard,” Willard said. “He set the tone defensively, I thought. He picked up fullcourt, he dogged the ball, he changed our mindset defensively, I thought, and to me that’s what a great point guard does. He changed the game in a way that no one else can, and I think the guys really fed off how he was working defensively. He has to get used to having the amount of attention he’s getting “He’s going through the same thing Isaiah [Whitehead] went through his sophomore year, the exact same thing. He’s going through the same progression, the same struggles, the only difference is he’s going through a much tougher schedule.” Follow Adam Zagoria on Twitter And Like ZAGS on Facebook