St. John’s, Rutgers among those involved for 2019 forward Karim Coulibaly 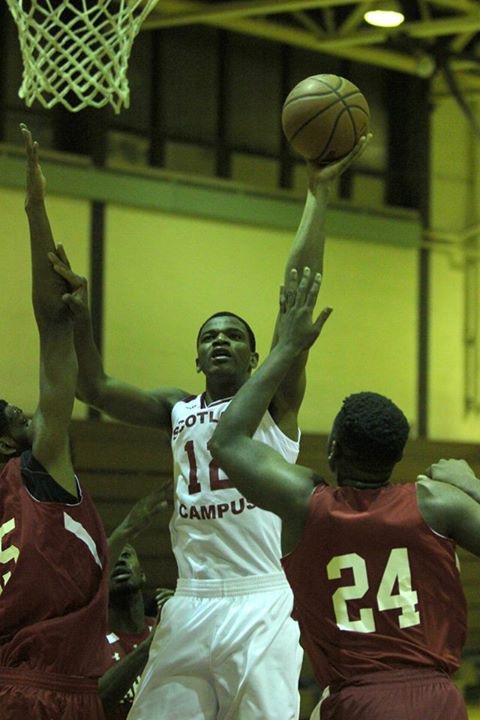 NEW HAVEN, Conn. — Like many of his fellow young big men from Mali, Karim Coulibaly came to the United States for a better life through basketball. When he arrived three years ago, he joined a group of Malians that includes Cheick Diallo, now with the New Orleans Pelicans, Kassoum Yakwe and Boubacar Diakite of St. John’s and Mamadou Doucoure of Rutgers. “I come to the U.S. do my schoolwork and basketball, ” the 6-foot-9 left-hander from Scotland (PA) Campus said Friday at the National Prep Showcase. Coulibaly, 16, said Diallo, who attended Our Savior New American School on Long Island before becoming a one-and-done at Kansas, is now a hero in Mali because he’s the first person from that country to reach the NBA. “Yeah, he’s a big hero,” Coulibaly said. “He went back like five months ago. Everybody was crazy. He’s the pride of Mali so I love that. I want to follow his footsteps.” Coulibaly is ranked the No. 14 power forward in the Class of 2019 by 247Sports.com. It’s no surprise that St. John’s and Rutgers are among his leading suitors, considering their recent history with players from his country. St. John’s assistant Matt Abdelmassih and Rutgers associate head coach Karl Kobbs were among the coaches on hand Friday. “St. John’s, Rutgers, West Virginia, Virginia, Tulane, George Washington, Georgetown and Providence,” Coulibaly said of the offers he has amassed. Coulibaly has already visited Rutgers, and plans to visit St. John’s “soon.” As for Rutgers, he said, “I like it. The Coach [Steve Pikiell] is nice, he’s a good guy.” He added: “They tell me to work hard. They want me to come to their school, be a big part of their team, do my thing I used to do. Play hard, keep playing defense, get better every single day.” As for St. John’s, “The same thing.” He said Abdelmassih texts him to keep track of his grades. “He say I gotta work had, and pull [my grades] up,” he said. “I would say St. John’s is the leader right now,” said veteran prep coach Chris Chaney of Scotland. As for his upside, Chaney added: “Very high upside. Very hard worker. Face-up four that can go inside and outside. Lefty, loves to play. I think this year’s been good for him just because he’s figuring out how to play with other good players so he went to high school [in Maryland], even though they had a couple guys, it was mainly him….He’s still only 16 years old.” When he’s playing well, Coulibaly said he’s “Rebounding, play hustle play, play defense, do everything. Make my teammates better.” In a few years, Coulibaly hopes to join his fellow countryman Diallo in the NBA. That would be his dream come true. “Yeah, that’s where I want to be,” he said. “He showed me the example toe work hard every day, do my best every day. In sport, you got some good days, you got some bad days so you get your mind set and play hard every day. Get better every day.” Follow Adam Zagoria on Twitter And Like ZAGS on Facebook