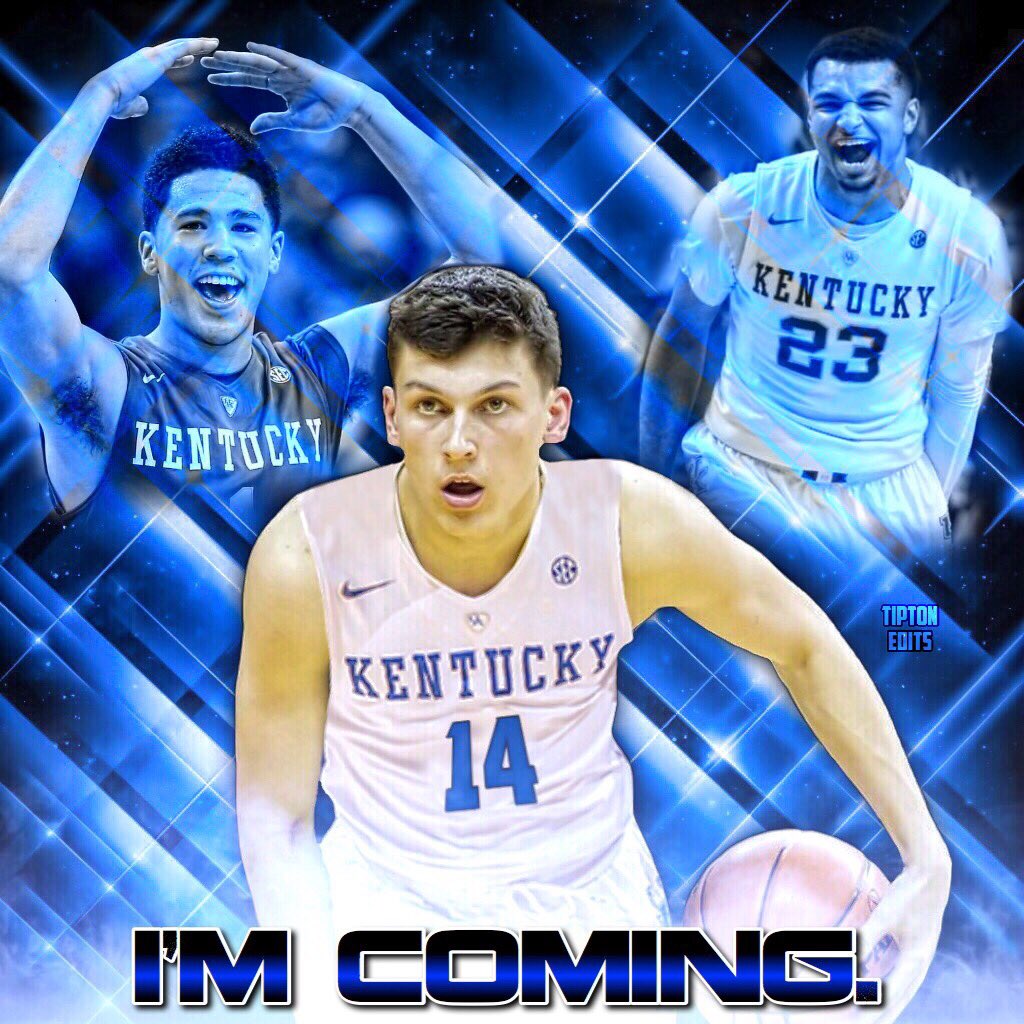 Tyler Herro, the 6-foot-4 shooting guard from Greenfield (WI) Whitnall High School, committed to Kentucky on Tuesday at his high school. Herro, who decommitted from Wisconsin on October 17, recently took his official visit to Kentucky and ultimately chose the Wildcats over Oregon and Villanova. His commitment came on the same day that John Calipari and the No. 5 Wildcats played in the Champions Classic in Chicago, losing to No. 4 Kansas, 65-61. “I pretty much knew right way,” Herro told 247Sports.com. “I was looking at Oregon, that sounded like a good gig. Villanova had a good pitch too, but ultimately I knew where I wanted to go once I got that offer.” Herro is ranked as the No. 36 overall prospect in the 247Sports Composite Class of 2018 player rankings. He joins five-star point guard Immanuel Quickley and five-star shooting guard Keldon Johnson in Kentucky’s 2018 class. “Just the relationship I had with Kenny Payne and the relationship I’ve built with Cal over the past few weeks,” he told 247 when asked why he picked Kentucky. “Obviously what they do to get guys to the NBA,” he added. “They just expressed that they have an opportunity for me. They think I can come in right away and play and play a big role in what they want to do.” Kentucky also remains in the mix for Zion Williamson, Bol Bol, Quentin Grimes and Moses Brown. Herro told 247 he’s already working on Williamson. “I talked to him last night and I think we are in great position,” he said. Follow Mike on Twitter Follow Adam Zagoria on Twitter And like ZAGS on Facebook