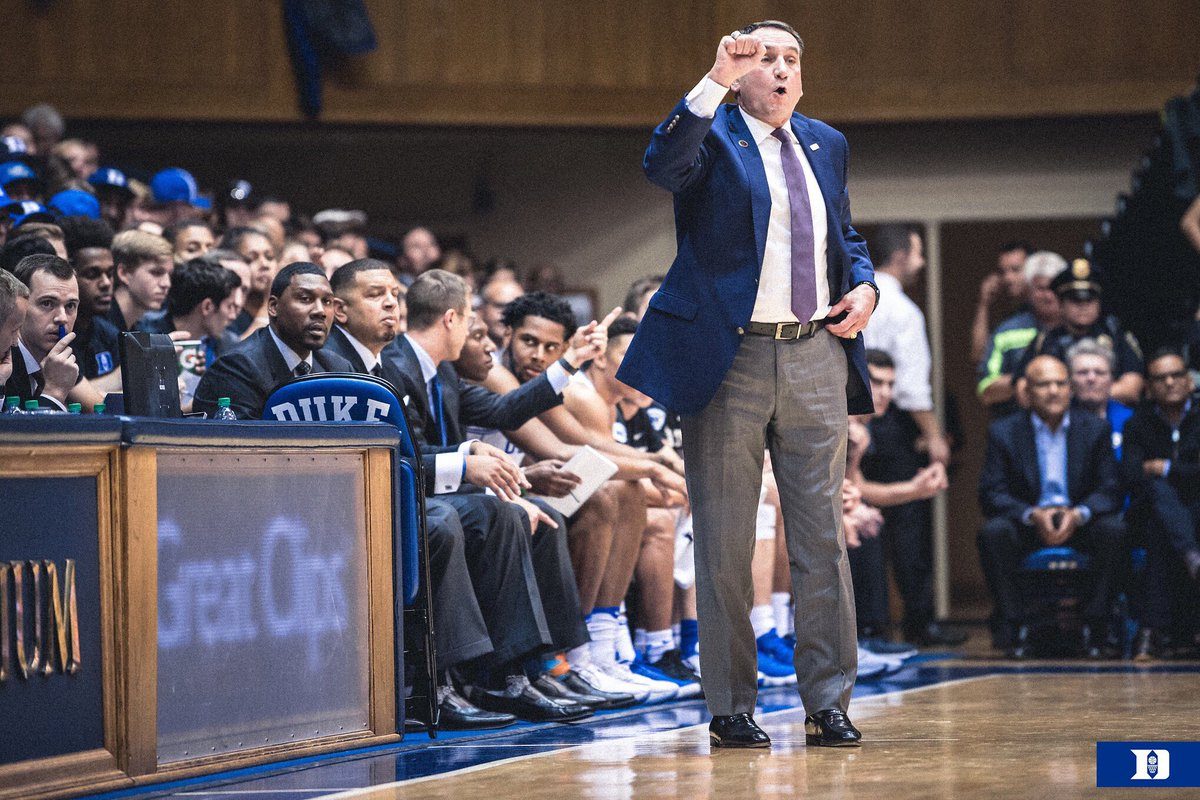 By: MIKE McCURRY With a second convincing Duke victory in as many days to open the 2017-18 season, Mike Krzyzewski became the first head coach in Division 1 men’s basketball history to win 1,000 games at a particular school. The top-ranked Blue Devils defeated Utah Valley on Saturday, 99-69, one night after handling Elon, 97-68, in the season opener. Marvin Bagley III, who went for 25 points and 10 rebounds in his collegiate debut, followed that up with a 24-point, 10-rebound performance. Fellow freshman Trevon Duval chipped in with 15 points and 12 assists, giving the point guard a 20:1 assist-to-turnover ratio thru two games. Ironically enough, Saturday happened to be Veteran’s Day. Coach K graduated from the U.S. Military Academy before starting his head coaching career at West Point, which accounts for 73 of his Division 1 record 1,073 career victories. Krzyzewski can next add to that total on Tuesday, which figures to be a little more challenging than these last two wins. Duke faces off against Michigan State as part of the Champions Classic (7:00 ESPN) in a 1-versus-2 heavyweight matchup, with around 75 NBA personnel expected to be in attendance. Photo: @DukeMBB

How Duke commit R.J. Barrett can help lead Canada to Olympic medals in 2020 and 2024