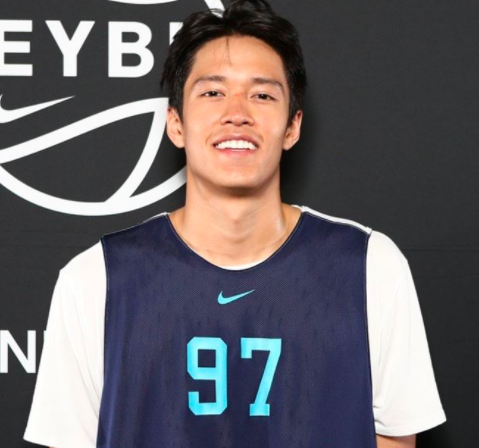 By SEAN BOCK Kamaka Hepa, the 6-foot-8 power forward from Jefferson (OR) High School, has committed to Texas, he told Scout. A four-star recruit, Hepa chose the Longhorns over Gonzaga and took an official visit to Austin on Sept. 1. “For me, it was not only the relationship that I had, but also that my family had with coach Smart and the rest of the staff as well as going on the trip to Austin,” Hepa told Scout. “I had a great time, bonded with the players and I really liked the environment. So those were some of the key things, and I know a lot of people don’t see the fit of me going there but after talking with coach [Shaka] Smart and coach [Darrin] Horn I didn’t have a doubt in my mind that I could go down there and affect that program.” Playing for Portland BC this spring on the EYBL Circuit, Hepa averaged 12.8 points and 6.8 rebounds a game while converting on 41% of his three-point attempts. “When I was on my official visit, I sat down with Coach Smart and went over film on how he changed how they have been playing,” Hepa told Scout. “He explained that he is one of the coaches where his style of play depends on the guys he has, and when he was at VCU, he couldn’t recruit more skilled and bigger guys, so he did what he had to to win.” Hepa is the fourth commitment in the 2018 class for the Longhorns which also includes Jaxon Hayes, Gerald Liddel, and Brock Cunningham. According to 247Sports, Hepa is the No. 50 player in the class of 2018 and the No. 13 prospect at this position. Photo: 247Sports Follow Sean on Twitter